This post contains affiliate links which means if you buy products through links in this post I may earn a commission. Read my full disclosure.

One year ago this week I turned full force into the reality of being a single Mom- giving up on restoration and moving toward creating a new family from the ashes. 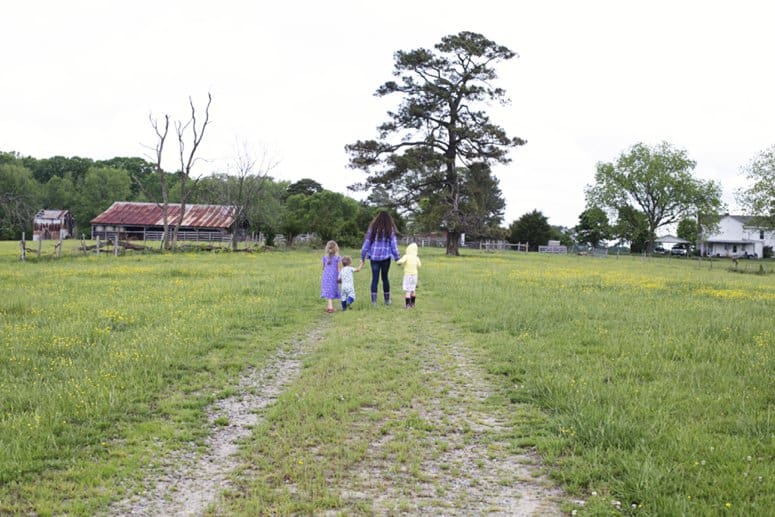 I look back at the woman I was at the beginning of 2014 before life started crashing down. Very little remains of her.

I took one of those silly Facebook personality tests as I nursed Jonathan down for his nap this afternoon. I startled at the result: 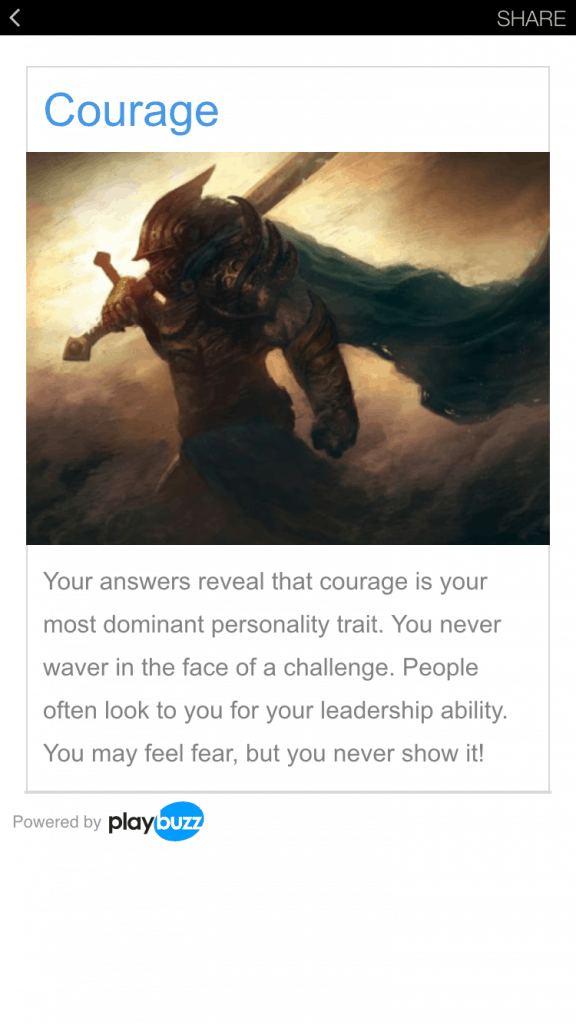 Courage- not a word that described the old me. My only courage was in feeling secure that I had someone to rely on, who would go to the ends of the earth for me and the children. I thought I had no need for courage or bravery.

But in the last few years, courage has slowly become a huge part of who I am. If I let fear stop me, I’d be in a fetal position in my bed 24/7. Instead, I’m standing strong and facing an uncertain future head on.

2 years ago I was in no way a leader- my primary role was support and maintenance. Suddenly I became the leader. The one to make decisions about what was best for our new family, to call the shots, to make the plans. On top of becoming the leader of our family, this new business woman-leader has emerged. She came with passion, fire, and determination- and she has big plans for the future.

I mourn for the woman who was- I would have been very happy to be that woman for the rest of my life. But, rolling with the punches has made me into something new… something I really like, actually. I am strong. I am courageous. I am capable. I am determined. 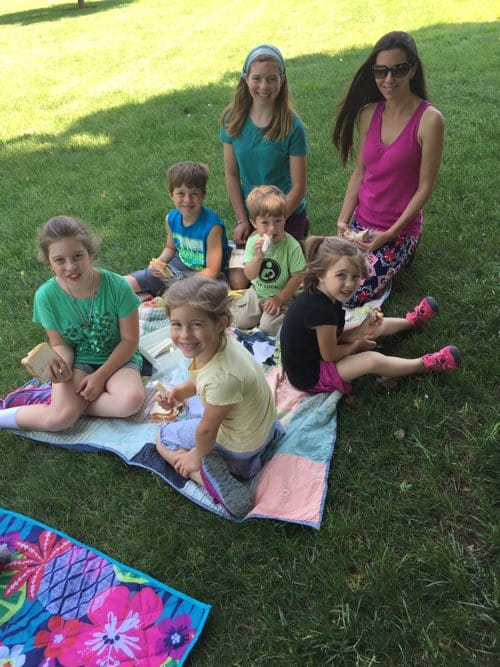 I have no doubt that an amazing future stretches out in front of me, and I’m stepping forward with courage into that future.

Anyway… that was a long 1st for 5 on Friday… moving on… sorry for the novela.

Happy Father’s Day to Me

Father’s Day sales have been good to me this week. I figure I’m doing all the jobs of a Father, I deserve a prize, right!?

The first prize is not one I wanted, but one I needed. Our yard, after a full season without a weed eater, was getting out of control. Knowing my track record concerning yard tools with motors, this was a scary addition to my single mom tool collection. 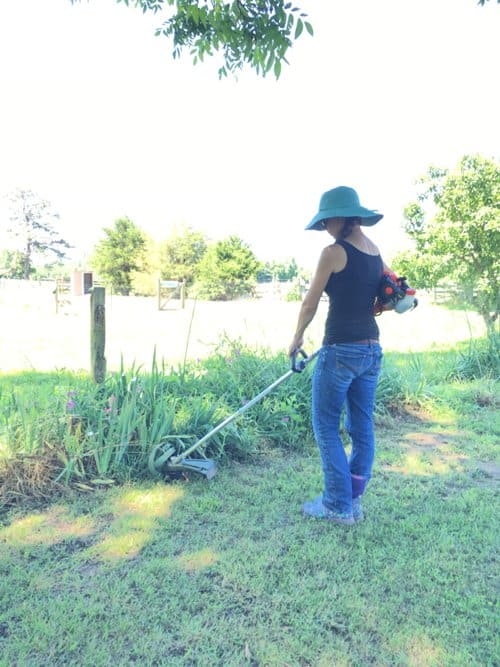 Here is where my Dad would like to say, “See, if you just moved back in with me you wouldn’t have to worry about these things.” But, instead he just told me exactly what to buy, and taught me how to use it demonstrating with his own weed eater last weekend.

It took me nearly all day, but I not only figured the thing out, but tamed our entire huge country yard, around the barns, under the trampoline, and around Clover’s pen.

The second prize makes both me and the kids very happy.

Yay for Target gift cards I had stashed in my wallet and a good sale! Our first night of s’mores was wonderful. I see many, many nights by the fire in my future. (Fire pit link at Target here)

Some of what I’ve done or learned to do since becoming a single mom: 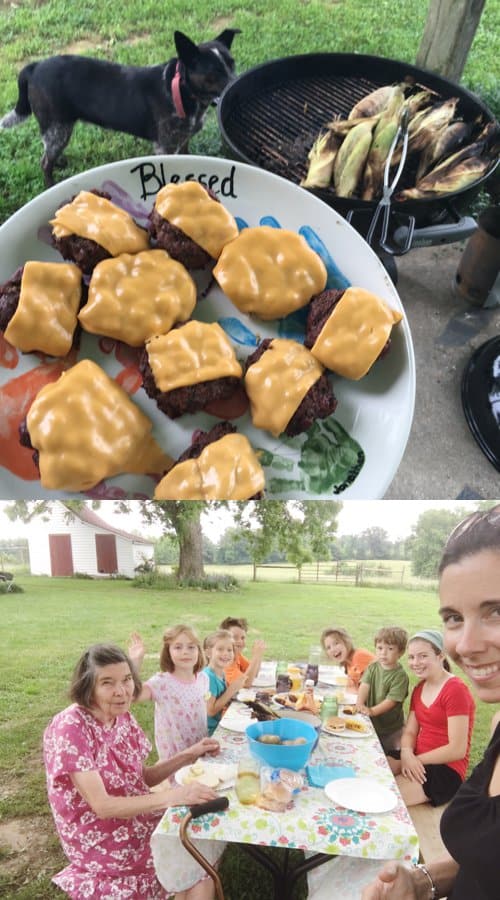 Recently, I claimed victory after successfully mowing the lawn with zero issues one day. But it was (so far) a one time victory. I’m still fighting with all lawn equipment containing a motor.

The funniest incident recently involved Michael’s mower suddenly cutting off, and refusing to restart. I tried a bunch of things, determined that it must be the battery, and recruited several children to help me push it the long way back to it’s barn. I plugged up the battery charger, and the next morning it still wouldn’t start.

I reply, “It can’t be, I filled it up right before we started doing yard work… but it can’t hurt to check.”
Off we go, to the barn, unscrew the gas cap and the tank is completely and totally EMPTY.

I filled up the gas tank (I did, at least, remember to buy gas this time) and off Michael went to finish up the yard.

If I ever win the lottery, yard guy is first on the list.

Thankfully an electrified fence has stopped Clover’s Houdini ways. But she still manages to have us all in stitches at least weekly. 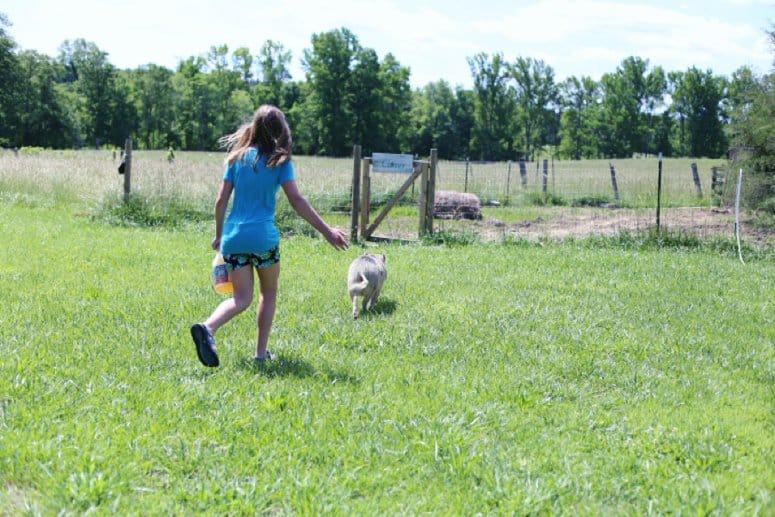 The chase back to the pen after Clover misbehaves.

This week it was a photo bomb during a farm cat photo shoot. 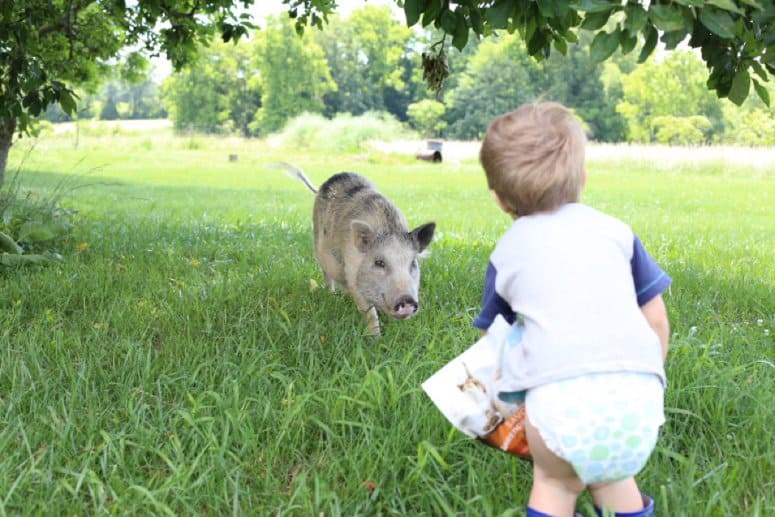 And a stealth attack on her food can.

It’s a crazy, full life. As evidenced by squeaking Friday’s post in just before day’s end!