Rob and the kids began our Halloween fun with carving pumpkins.  The kids were hilarious digging out the pulp.  It took awhile to get over the slimy feeling, Michael and Miriam basically gutted a pumpkin each while the others watched.  When Peyton put her hand in the pumpkin she started gagging! 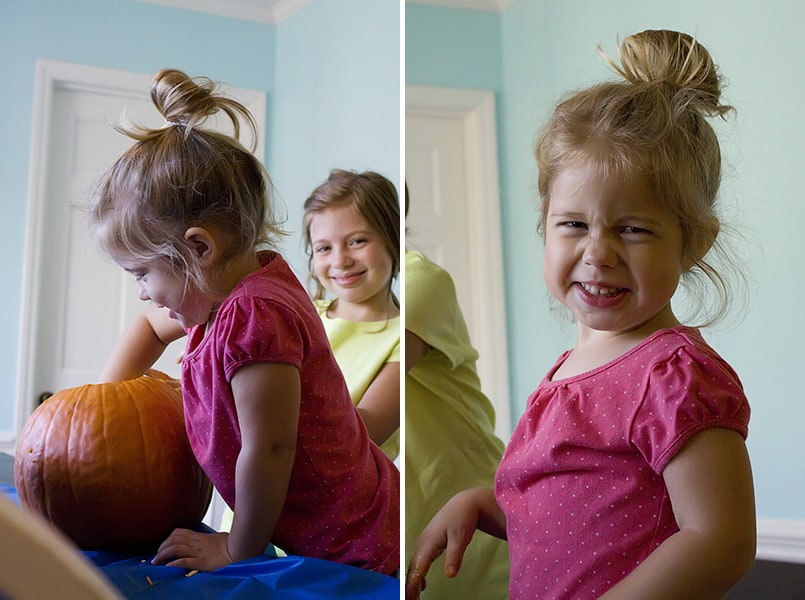 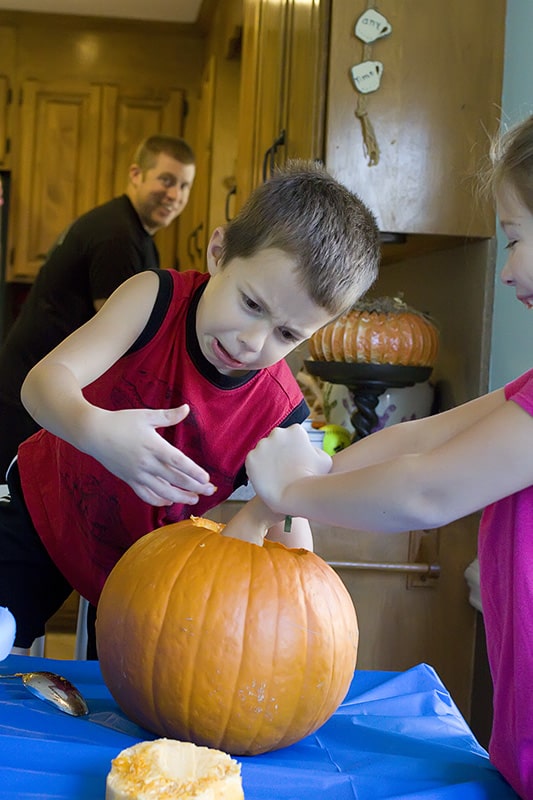 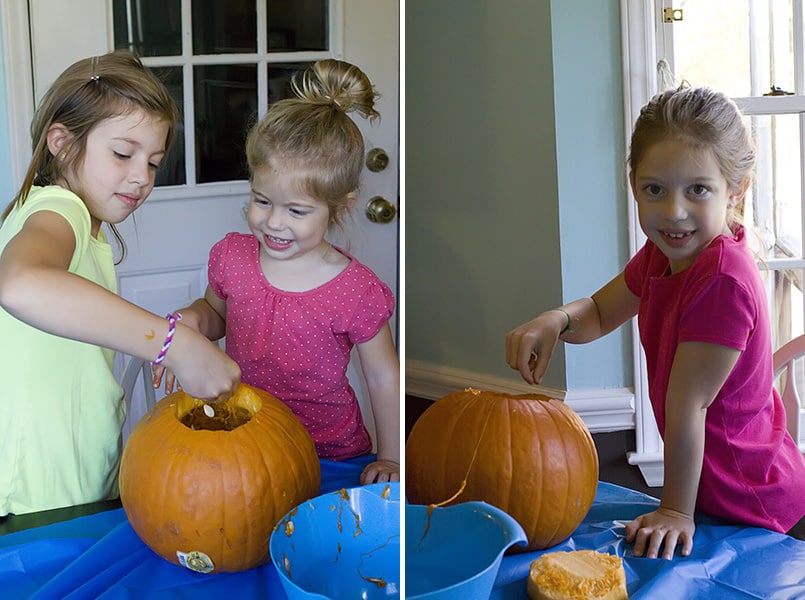 As Rob finished up the carving the kids got ready for our neighborhood party and trick or treating.  As I guessed Rebekah dressed as Izzy, from Jake and the Neverland Pirates.  That’s her 4th costume this Halloween season–Doc McStuffins to Gramma’s Halloween party, Snow White at church’s Fall Festival, a Princess at the Renaissance Faire, and finally Izzy for Halloween. 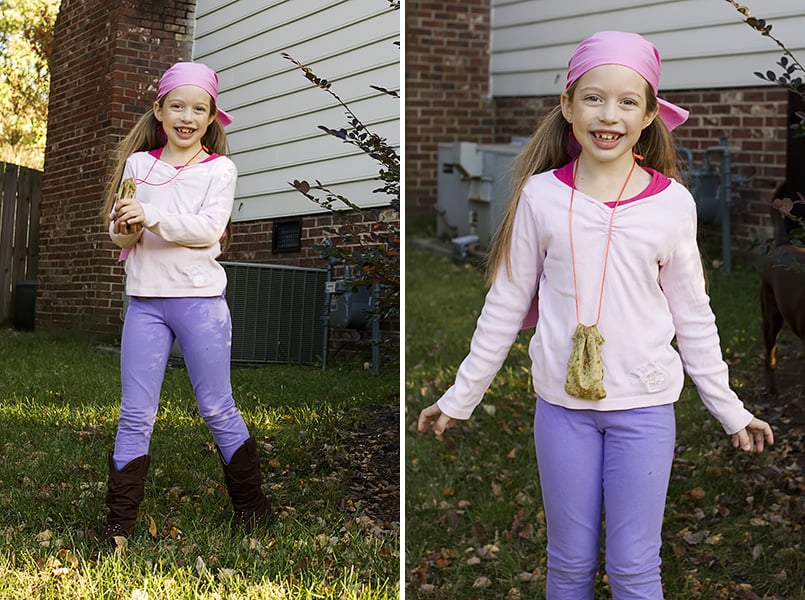 Since it was so cold Emily wore a warm fleece suit instead of her Panther’s Cheerleader outfit.  Just before walking out of the door I found a Minnie Mouse hat for her to wear because her hood wouldn’t stay up.  We had to laugh when she won a prize at the neighborhood costume contest– she wasn’t really even wearing a costume! 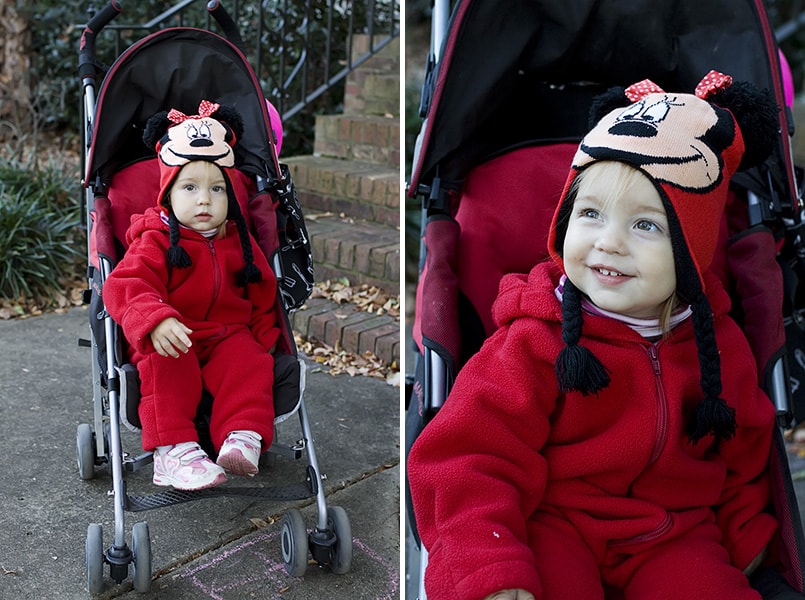 After eating hotdogs on the cul-de-sac, we went trick or treating. Miriam lead Emily to one door, then she quickly caught on to the concept of trick or treating.  She plowed up to every door in the pack of big kids, holding up her bucket and saying, “Tick Teet” and then “Tant You!” 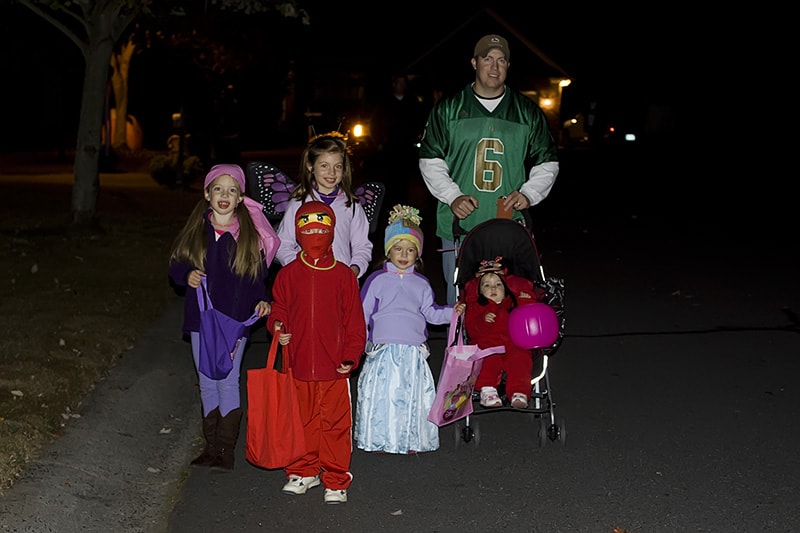 Emily, Peyton and I came home to hand out treats to neighborhood children while Rob and the big kids went up another street.  Peyton was so funny with the candy bowl, she didn’t want to give away her favorite treats to our “customers.”  It was fun to see the kids individual personalities come out while they were handing out candy.  Miriam, with her servant’s heart, handed out glow stick bracelets offering to help each child put the bracelet on.  Rebekah, with her giving heart, made sure that each child got the best candy.  She’d say, “There are Reese’s in the bowl!”  Since Reese’s are her favorite, she thought they were everyone’s favorite and she was happy to give all of them away to make her “customers” happy. 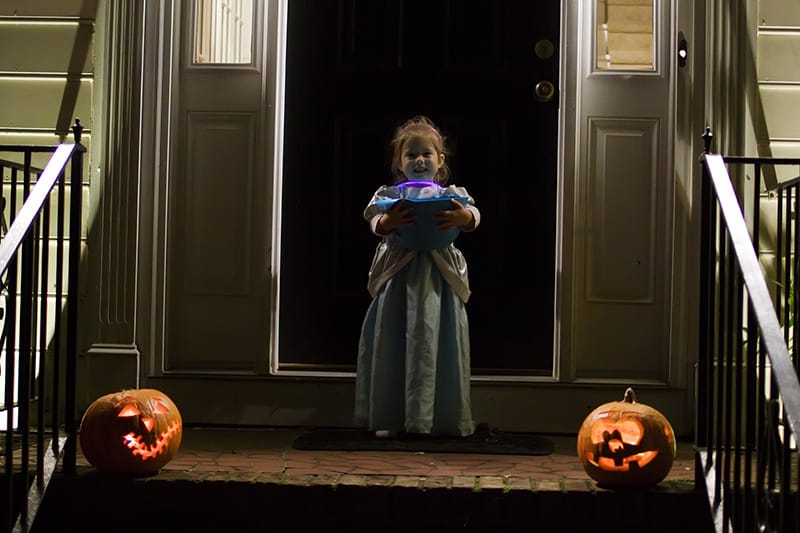 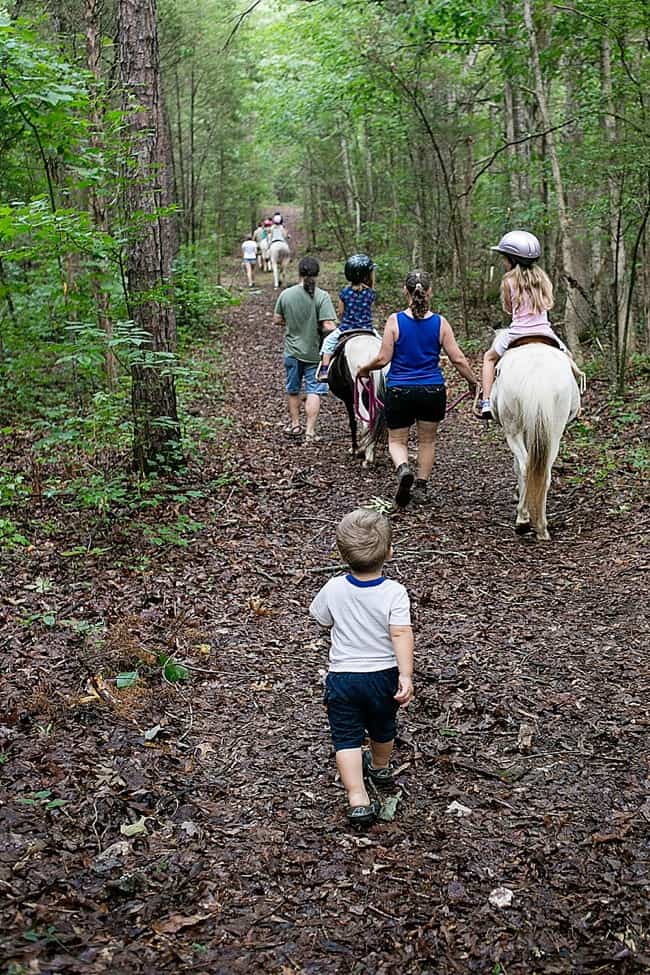 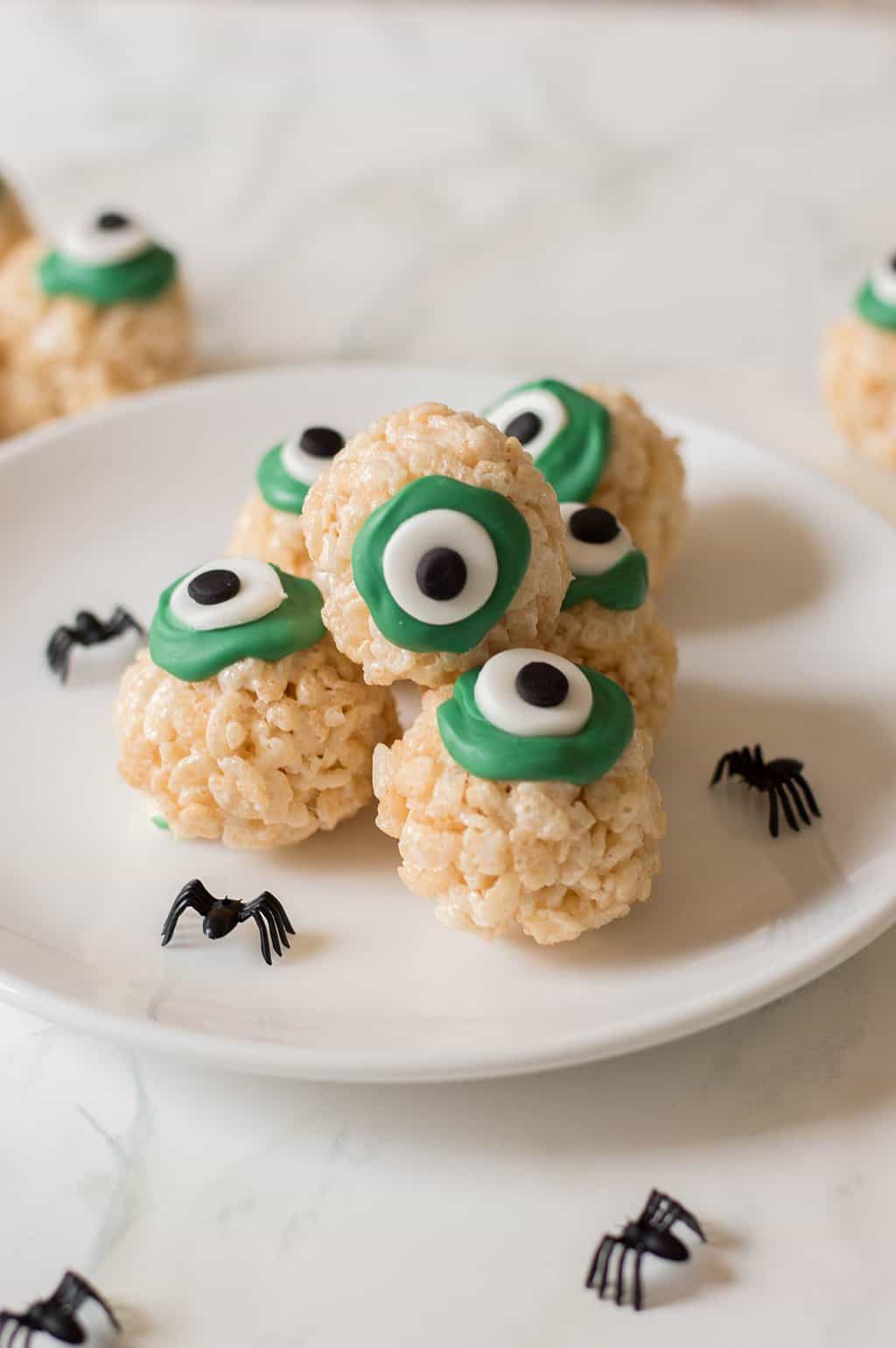 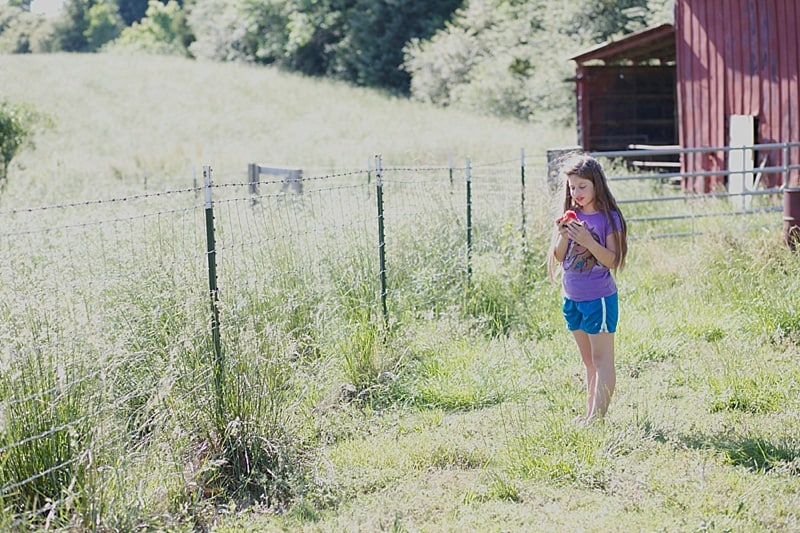 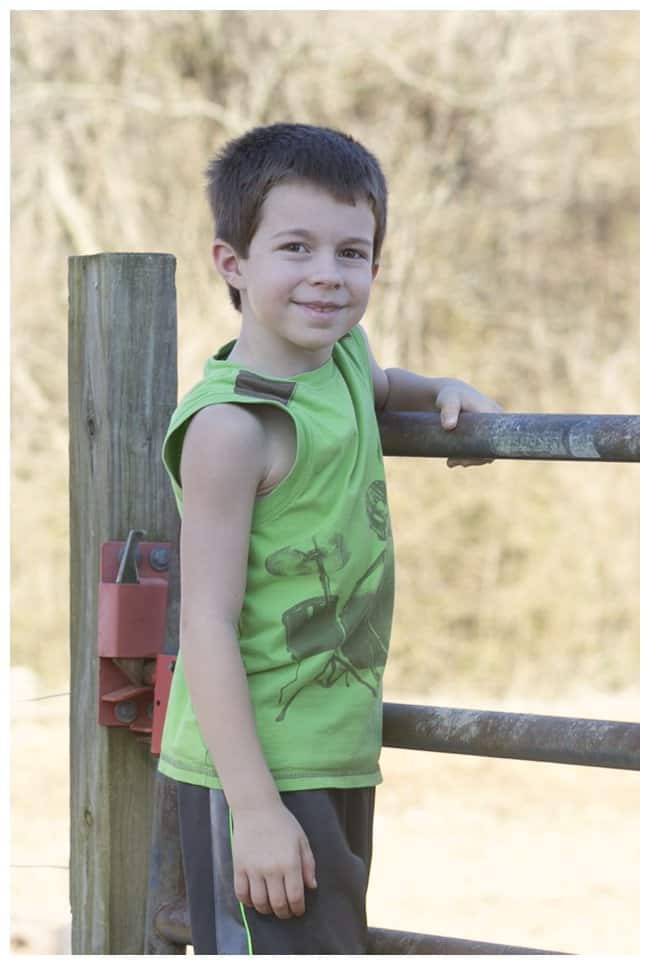