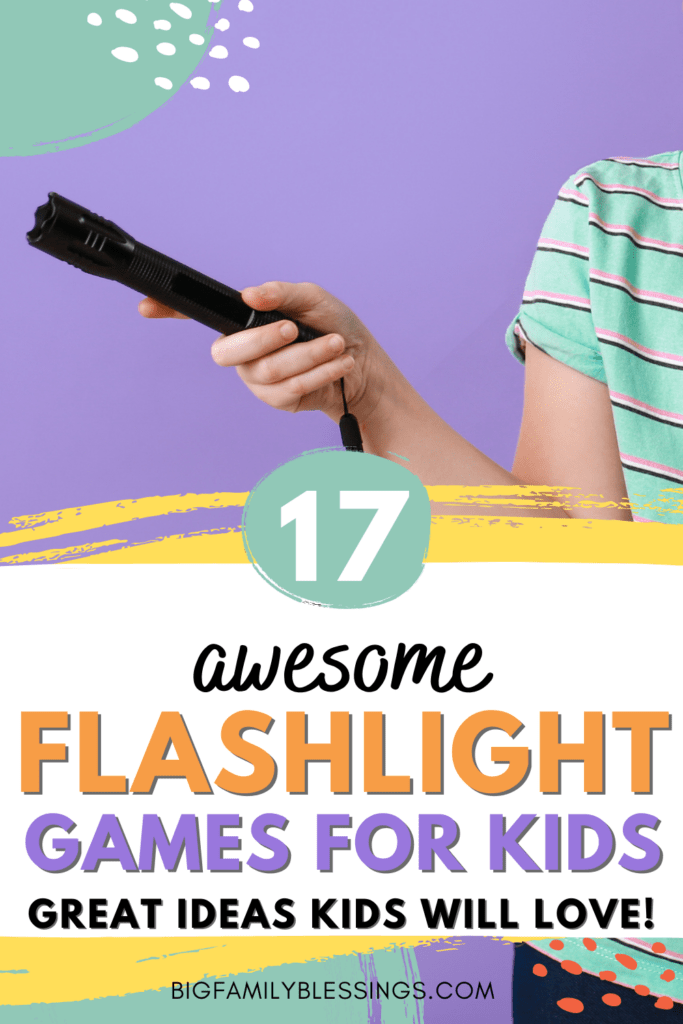 Whether you’re on a camping trip, at a sleepover, or in the backyard, flashlight games are a great way to have fun and make memories.

Here is a list of 17 flashlight games to play the next time you want to have some outdoor fun after dark.

This is one of the best flashlight games to play at night. One person is the tagger and counts to thirty while everyone else runs away. When the tagger finishes counting, she turns on her flashlight and chases the other players. To get someone out, the tagger must shine the flashlight beam on someone and call that player’s name. The last person tagged is the winner.

Manhunt has always been the favorite flashlight game at our house. One person is the seeker (two if a lot of people are playing) and stands at the base. While the seeker counts to one-hundred, everyone else hides. Once she is done counting, the seeker starts searching for the hidden players. When the seeker finds and tags someone, that player joins in the search for the rest of the players. The last person found is the winner!

A nighttime scavenger hunt is a great way to have fun after the sun goes down. Hide different objects around the yard and give your kids a list of the hidden objects and flashlights. Your kids can work as a team or compete to see who can find the most items on the list.

Ghost in the Graveyard

To play this outdoor nighttime game, choose one player to hide as the ghost while everyone else counts to fifty. Once the seekers finish counting, they turn on their flashlights and begin searching for the ghost. When someone finds the ghost, she must warn her fellow seekers by shouting, “Ghost in the graveyard!” Once the shout is heard, the ghost can try to tag one of the seekers as they all run for the base. If the ghost tags a seeker, that person is the new ghost. If all the seekers make it to the base without being tagged, the ghost hides for another round.

Kids of all ages will have a blast with this flashlight game! One person is the seeker and counts to one-hundred while everyone else hides. When she finishes counting, the seeker grabs a flashlight and searches for all the hidden players. The last person found is the winner and gets to choose the next seeker.

Capture the Flag is another favorite flashlight game. Divide the playing field into two sides (one for each team) and give each team a glow stick for their flag. You can even give each player a glow bracelet that matches their team’s flag.

The teams can hide their flag anywhere on their side of the field, as long as the flag remains visible. Each team also designates an area to be their jail. Teams are allowed to guard their jails and their flags.

The goal of the game is to find and bring the enemy flag to your team’s side of the field. If a player is tagged while in enemy territory, that player becomes a prisoner in the opposing team’s jail. If one of your teammates runs into the jail without being tagged, all prisoners in the jail are freed.

Whichever team finds and brings the enemy flag back to their side of the field wins!

Or, get this Glowing Capture the Flag game:

One person is the firefly and is given a flashlight. While everyone else closes their eyes and counts to 50, the firefly finds a hiding place. Once the search begins, the firefly has to flash her flashlight at regular intervals (you can make the interval between flashes as short as five-seconds for young players or as long as one-minute for older players). The firefly can move around from hiding spot to hiding spot between flashes. The seekers’ goal is to catch the firefly by finding and tagging her.

Shadow Puppet Charades is the perfect calm flashlight game for when everyone needs to take a break from running around.  Create a backdrop with a white sheet or the side of a building and set-up a flashlight or lantern to shine on it. Choose a category (such as animals or movie characters) and have everyone take turns acting out something of their choice from that category with their shadow. The first person to guess the shadow puppet gets to be the next actor.

Hide reflectors around the yard and send everyone searching for them with flashlights. For a competitive game, see who can find and collect the most reflectors. Or, for a team game, set a stopwatch and see how fast your kids can find all the reflectors.

Another way you can play this game is to have some players wear the reflectors on their arms and legs and hide in the yard. The rest of the players can grab flashlights and try to find the other players.

One person is the “it” and stands at the base while counting to 50. All the other players are the ninjas and find a hiding place at least 50 feet away from the base. When the “it” finishes counting, she searches for the ninjas while the ninjas try to sneak back to base without being tagged. If a ninja is tagged, the round ends and that player is the new “it.” If all the ninjas sneak back to base without being tagged, they win and the current “it” has to be the seeker for another round.

This is an awesome flashlight game for a large group of players. Divide the players into roughly three equal groups: the aliens, the humans, and the elites. If one group is going to have less people, that group should be the aliens.

This is the perfect flashlight game to play at sleepovers and summer parties after the sun has gone down. Turn on some fun music and grab a flashlight that shines a narrow beam. Gameplay is the same as normal limbo: everyone lines up and takes a turn trying to slide underneath the flashlight beam. The tricky part is not letting any part of your body touch the light. If someone touches the light, that player is out. Once everyone has had a turn, lower the flashlight beam and have everyone who is still in the game go again. Continue playing until only one person is left as the winner. 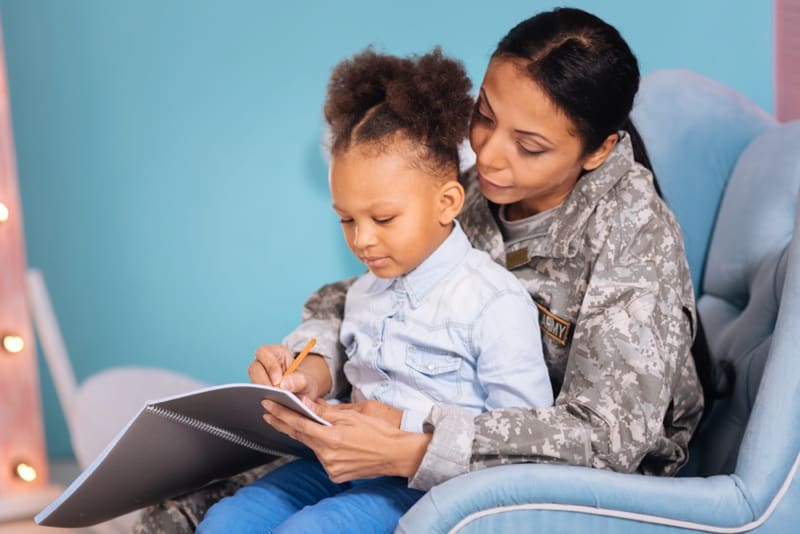 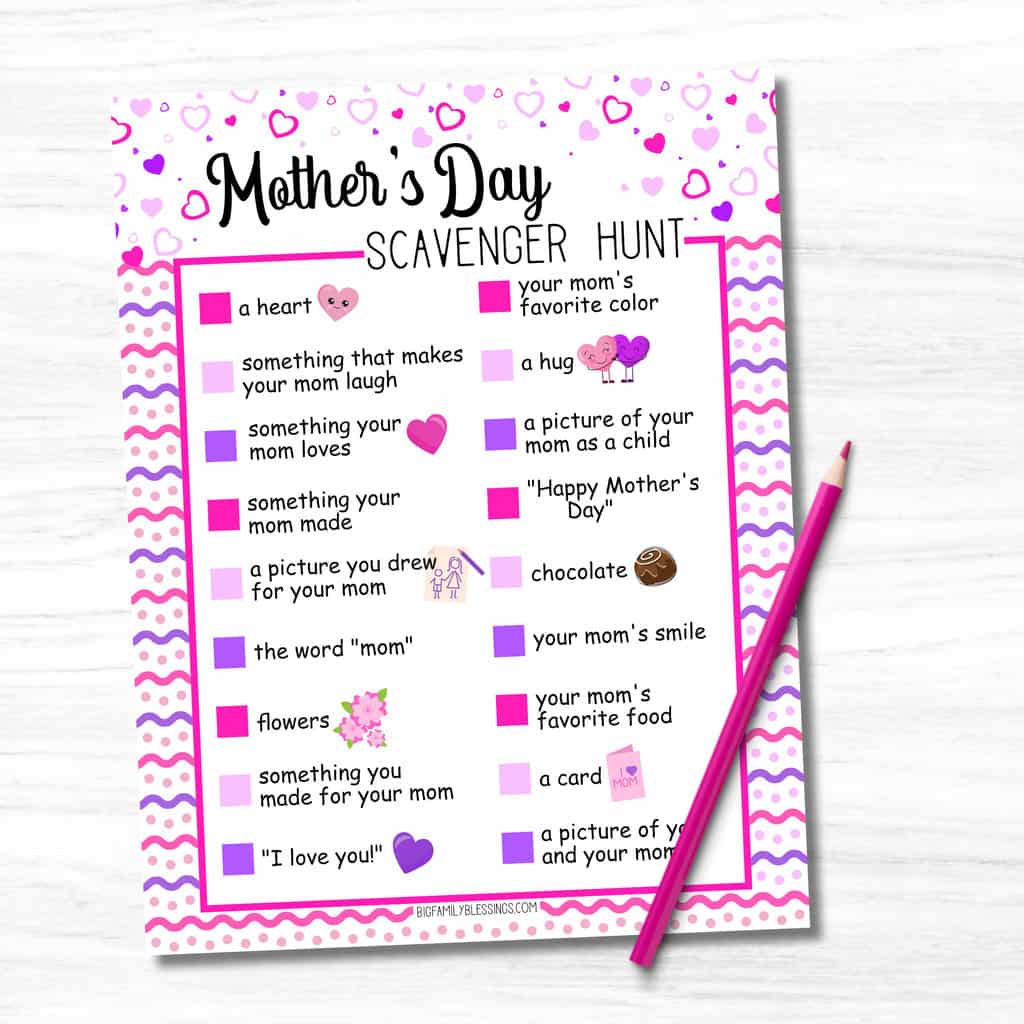 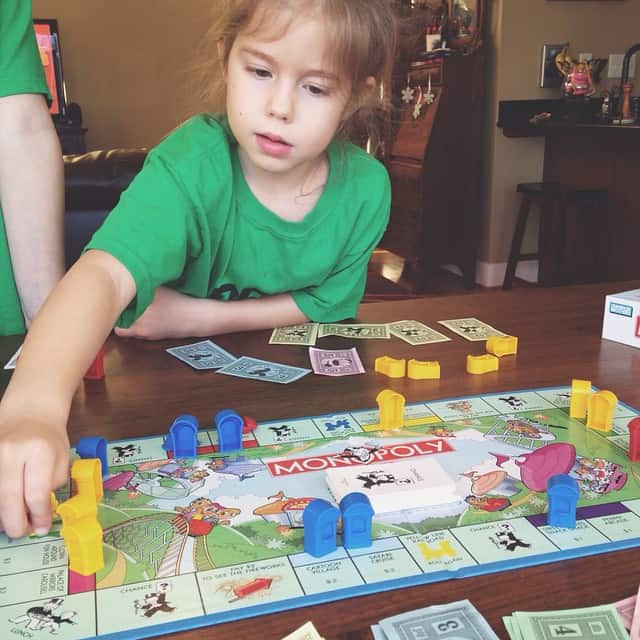 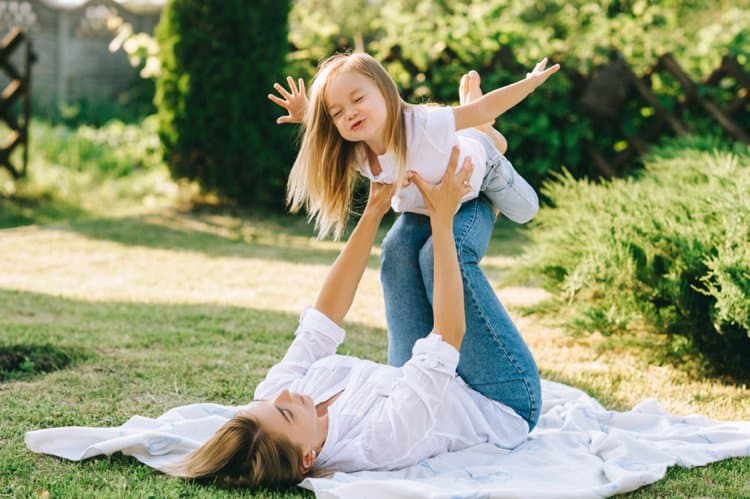 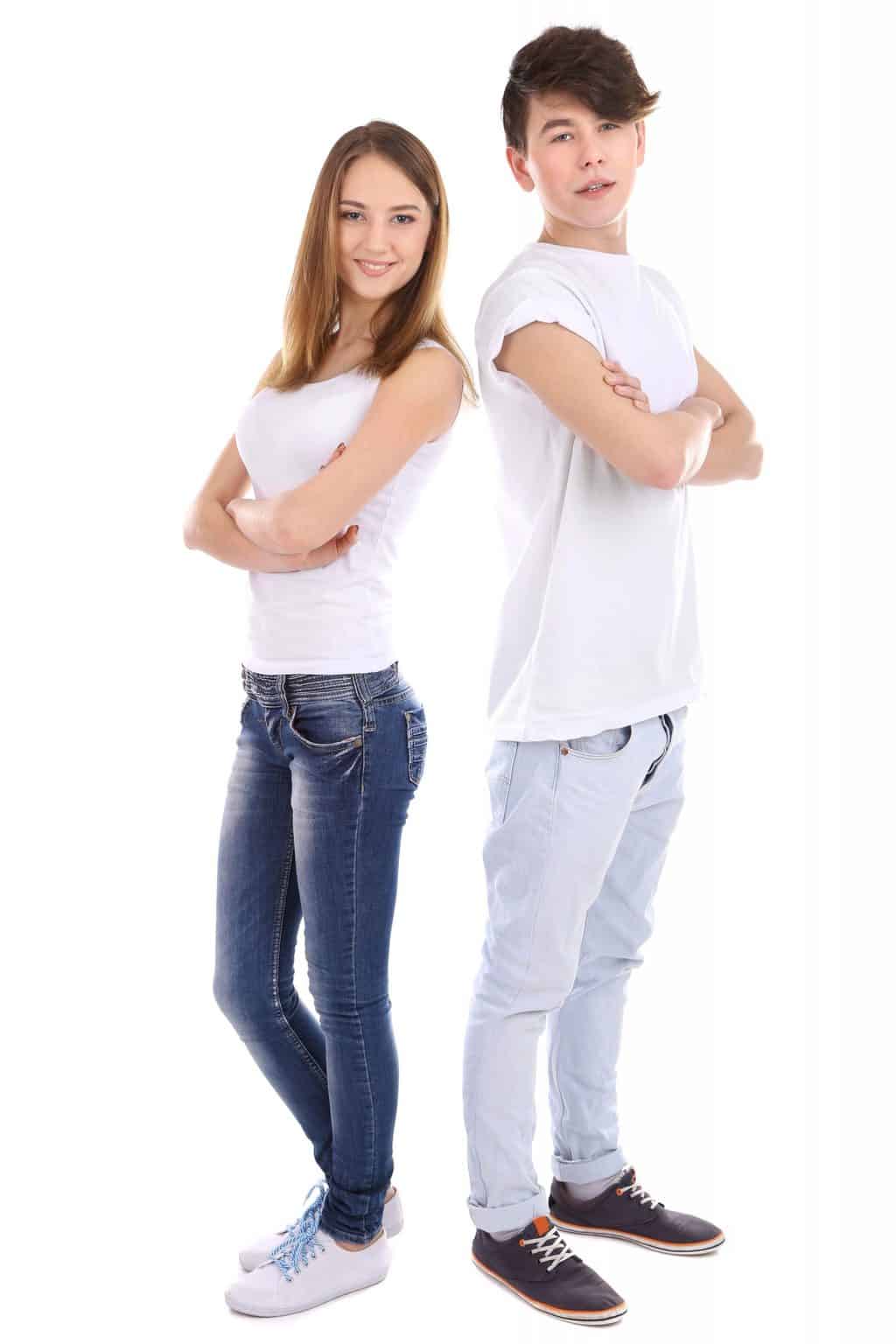 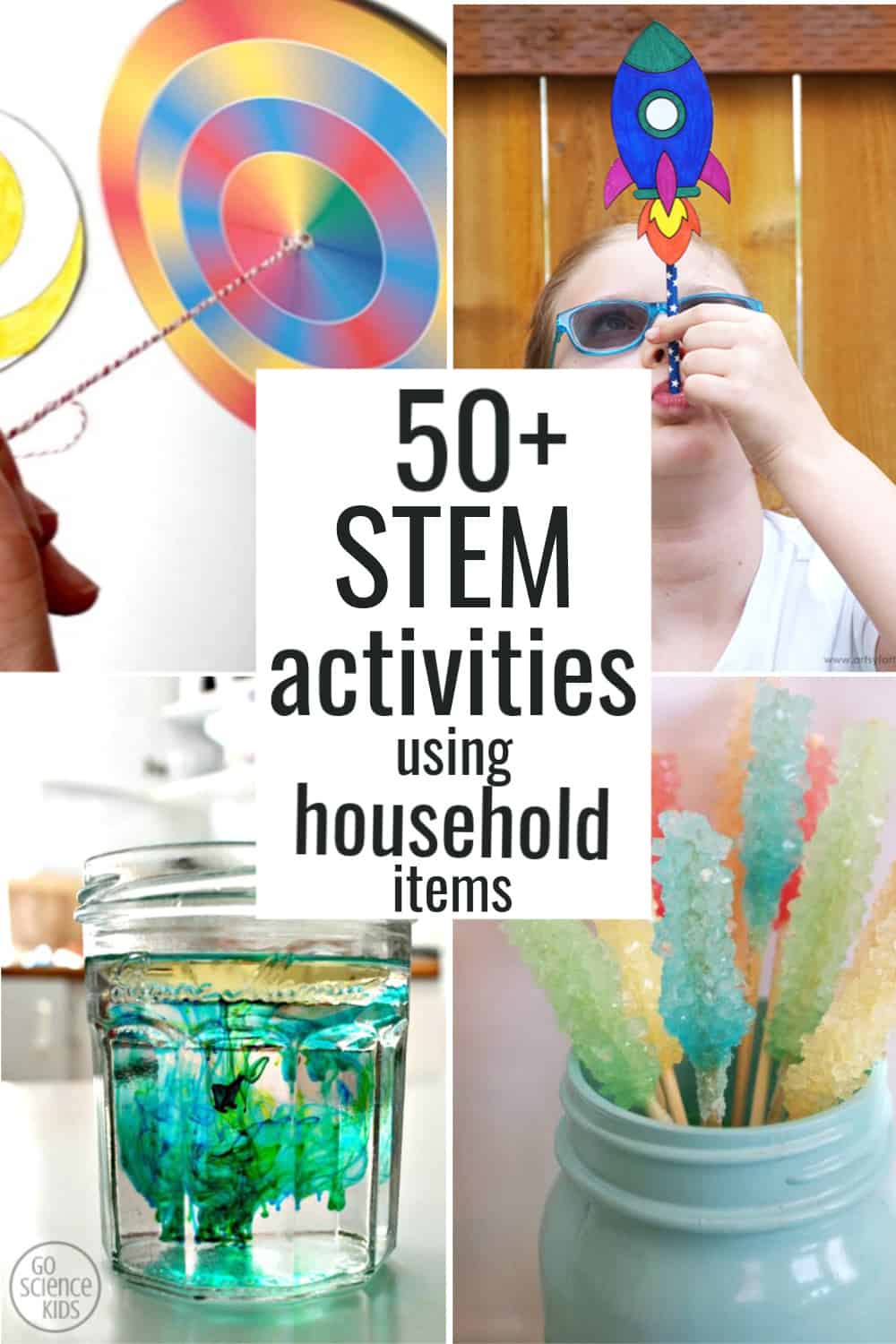