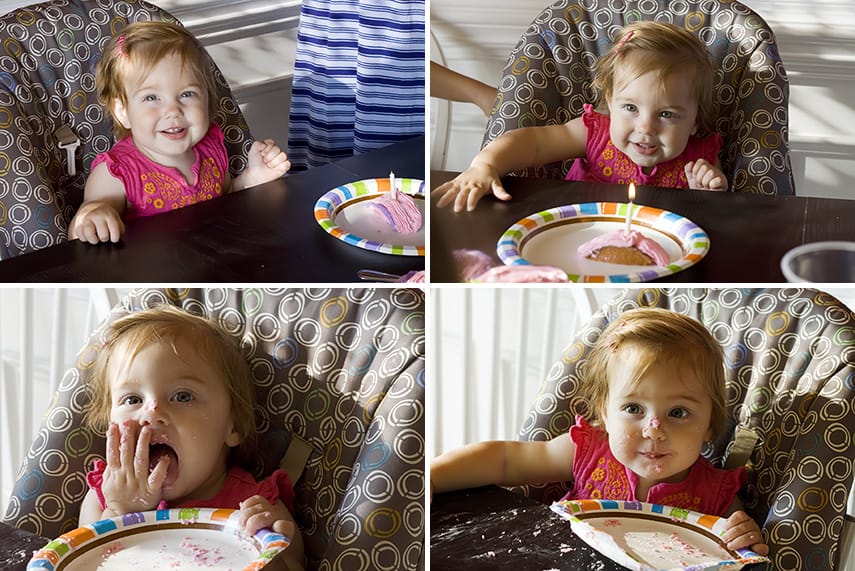 Happy Birthday to my precious girl!  I can’t believe it’s already been a year.  I remember, as a child, feeling that a year dragged on forever though I wanted to rush it along.  Now, when I’d love for time to crawl as it did when I was young, it speeds by despite my best attempts at slowing it down.

Recently I came across an old notebook with pages and pages of party ideas, guest lists, and to-do lists for Miriam’s 1st birthday party…that I started brainstorming and planning when she was just 7 months old.  She had special photos taken, invitations mailed far and wide, and the house decorated in a rubber ducky party theme right down to rubber duckies floating in the punch bowl and store-bought blue and yellow helium balloons.  Her guests included Great-Grandmothers, Great Aunts and Uncles, 2nd and 3rd cousins, as well as her Grandparents, Aunts, Uncles, and 1st cousins who drove 5 hours just come to her party.

For Emily’s first birthday I messaged my Sister-in-Laws with a party invite two days before the party!  Her cake was the pan left over from another sister’s party choice a few years ago, and there were no decorations.  I’m blaming it on being in denial that her first year was already almost over, but probably it was just because she’s the 5th baby.  Hopefully one day she won’t say that she got nothing special so far down the line in a big family!  While her party may not have been as well-thought or spectacular as her siblings 1st birthday parties I do think she got the better end of the deal in other things.  I know I am a better Momma to her than I was in the first year of her older siblings lives; her easy and fun personality shows the fruit of the more relaxed Momma I am now.  Even though I have more responsiblity than I did long ago, she certainly gets (at least) double the attention thanks to her amazing big siblings.

And my last confession is that these photos are from her quickie birthday party 10 days ago.  I didn’t even cook her another cake on her real birthday today!  She did have a wonderful time opening presents today and playing with new toys.  And, I did manage to get some photos to prove it, but Emily has not wanted to sleep tonight except in my arms, so there will be another post another day with those photos. 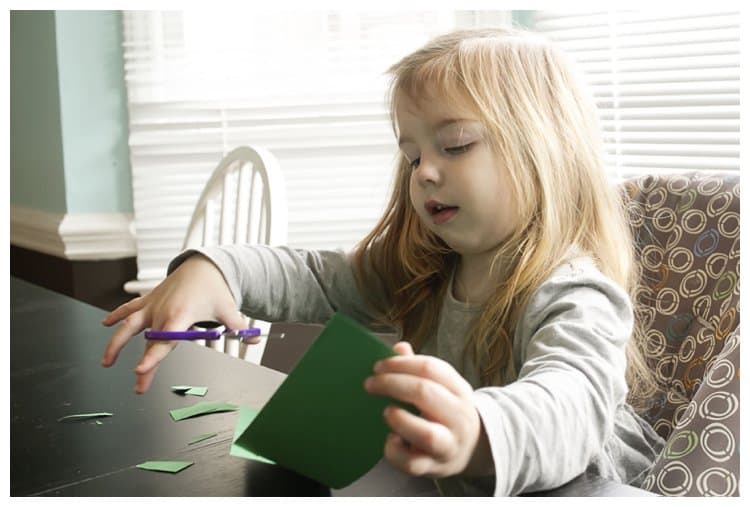