Saturday’s softball game was exciting this week.  Sometimes, I almost forget that we are yelling for little girls when the game gets close!  The team worked very hard and played well, so it was disappointing when the game ended in a tie. 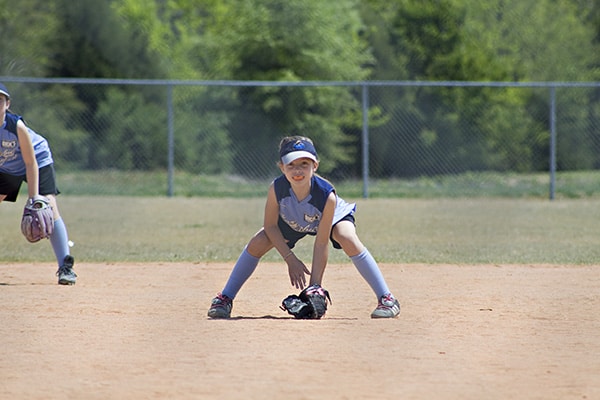 Miriam got to play first base for the whole game.  The ball was hit her direction multiple times during the game.  She was able to tag one runner out at first.  She also forced another runner to leave the baseline to get away from her glove, unfortunately the referee didn’t see the play and the player was safe. 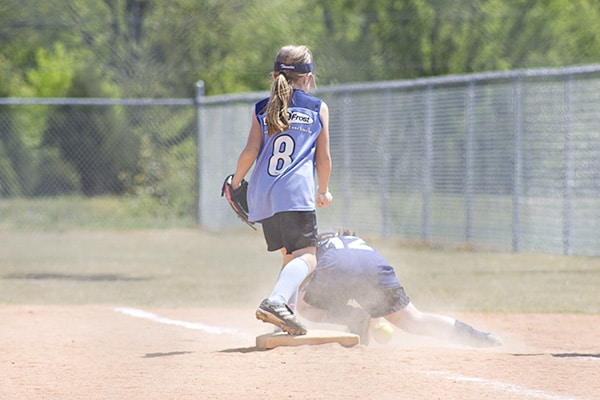 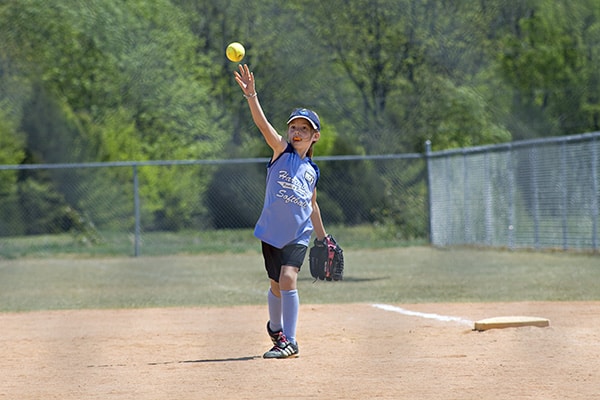 This game Rebekah played short stop, but not one ball was hit her direction the entire game.  I was very proud of her for paying attention the entire time.  She is consistently hitting balls when she is at bat, but this week she hit several fouls in a row.  When she finally got a solid hit, she waited at the base expecting to hear “foul!” and ended up getting tagged out at first.  I don’t think she really understands the concept of foul balls, they are quite confusing for her.  Her improvement from week to week has been incredible.