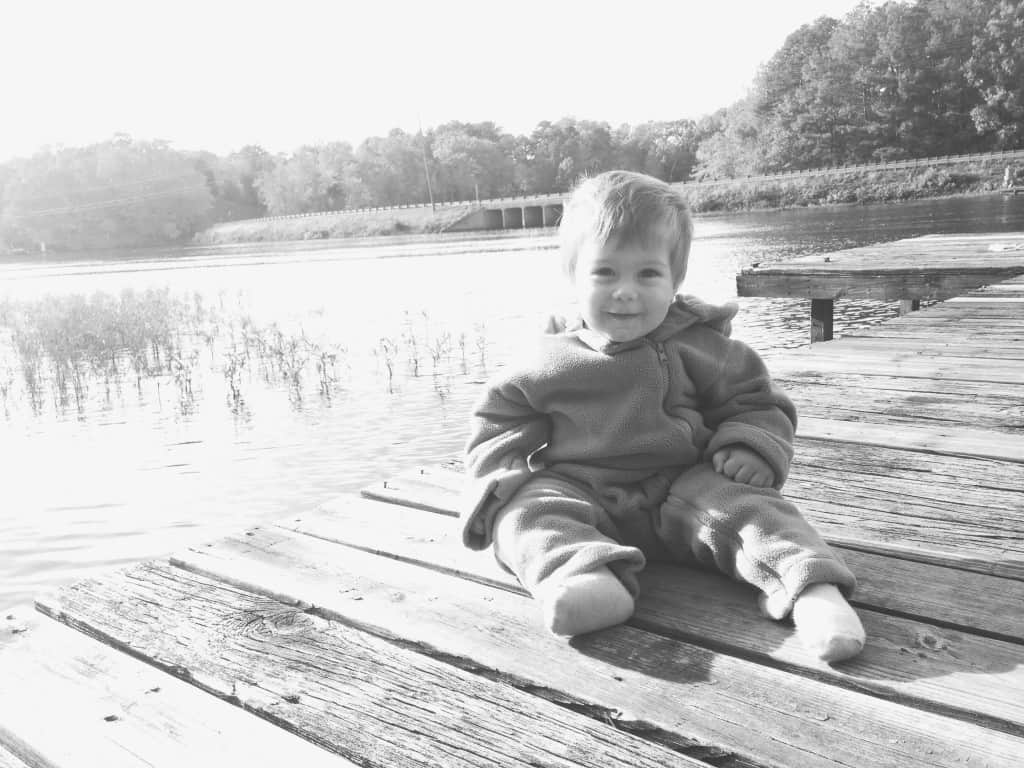 Today my baby turns one!

Jonathan is officially a walker now. I tried to live in denial about that, but I finally had to break down and buy him a pair of shoes. For the first week he screamed and clawed at them every time I put them on. Next, he refused to walk in them, picking up his feet with every step like a kitten with cotton on its feet. Now, he has the hang of walking in the shoes and he looks like such a big boy toddling around after his big siblings. 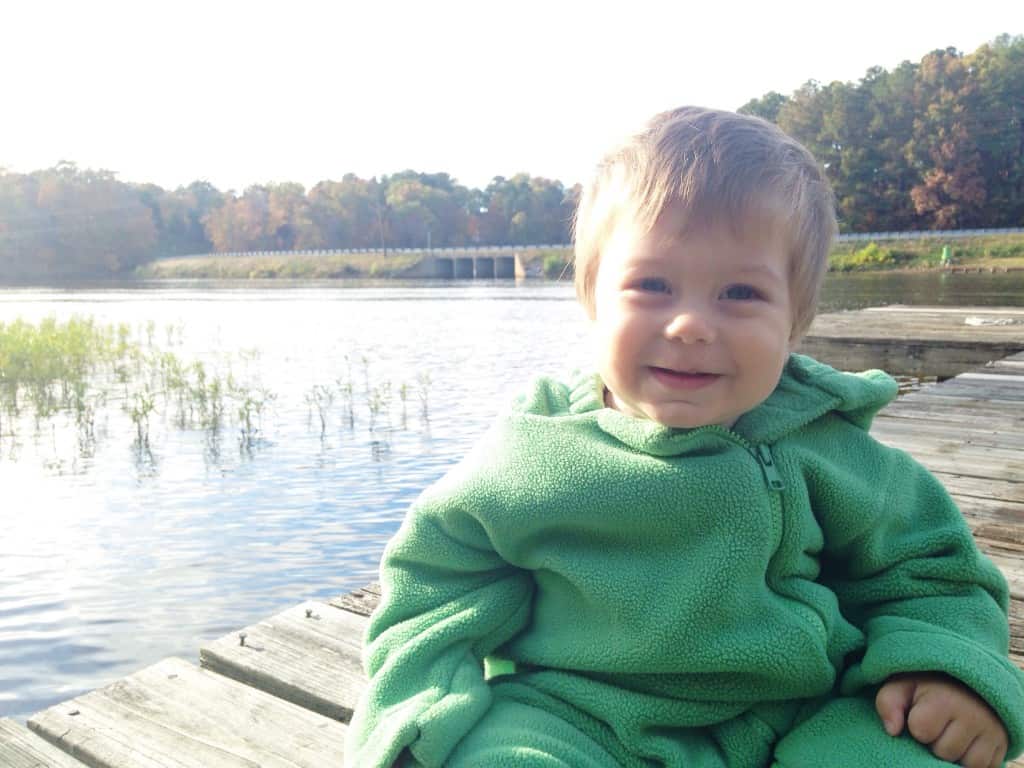 He loves critters and clicks his tongue to call them every time he sees the dog, a cat, or Clover. He can say Mama, Gan-Na (Grandma), Uh (for uh-oh), and Bye-Bye. He loves to eat and says, “Num-Num” when he sees food.  He calls “Bella!” (the dog) when he drops food on the ground. 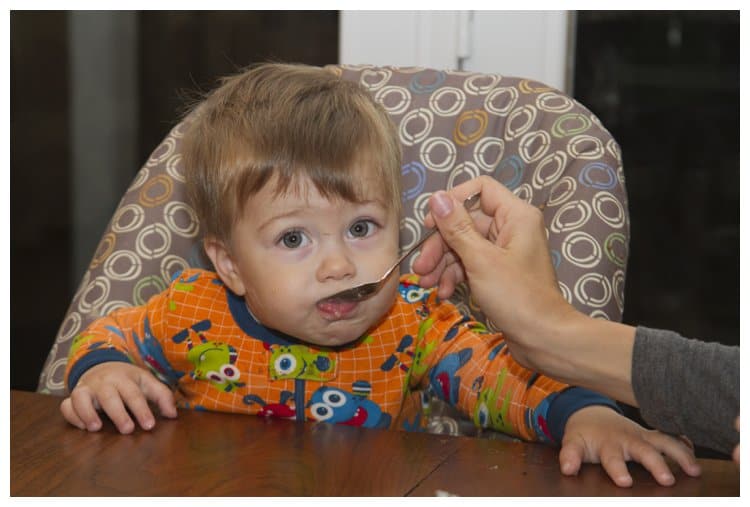 He also says, “Hi!” and holds the phone (or anything he thinks is a phone) to his ear. He knows a coat means outside and cries if anyone puts a coat on and walks away- he can’t stand being left indoors. He loves to dance.  He is on the go almost all the time- I spend my days chasing and redirecting him from the stairs, breakables, his siblings’ small things, and kitchen cabinets. When I hold him he snuggles his face right into the crook of my neck, tucks his arms in, and goes completely still soaking in the ‘hug’ for a moment before he’s on the go again. 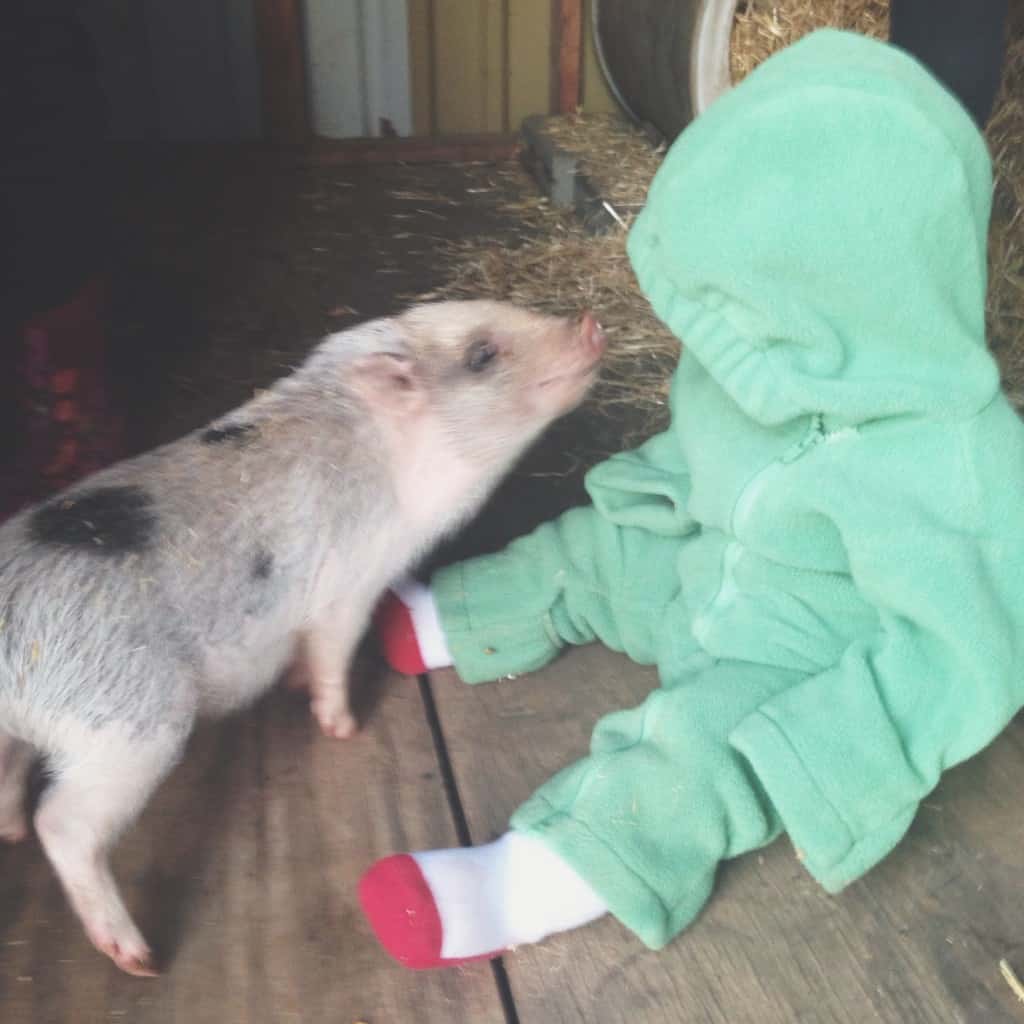 What a year this has been. Not exactly the ideal year to enjoy babyhood or be sentimental about all the stages passing.  It’s pretty surreal knowing that all of his firsts are my lasts.  It would have been so easy to miss it, to ‘lose’ my baby’s first year in light of all we’ve been through. However, thanks to amazing support from family and friends, I was able to really savor him and the last first year I’ll get as a Momma. 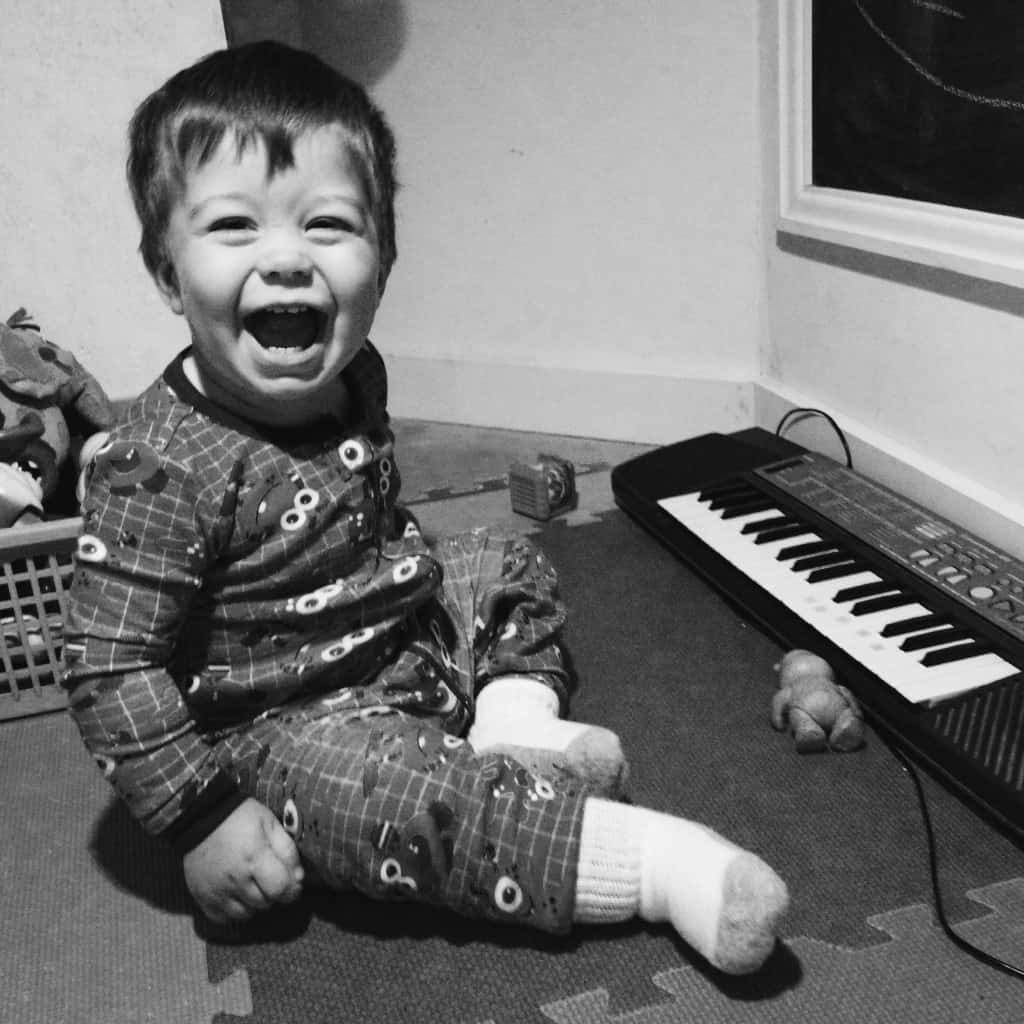 While I prepared for his birthday this afternoon, Jonathan was on my hip as I worked. The first half of his cupcakes are pretty sad-looking. Even after all this time I haven’t mastered one-armed working! But one thing I have mastered is holding (and wearing) the baby.  In a few years chores will be easy when I have two hands back. Until then I will enjoy the warmth of my baby’s body in my arms and be good with the chores taking a bit longer and not being perfectly complete. 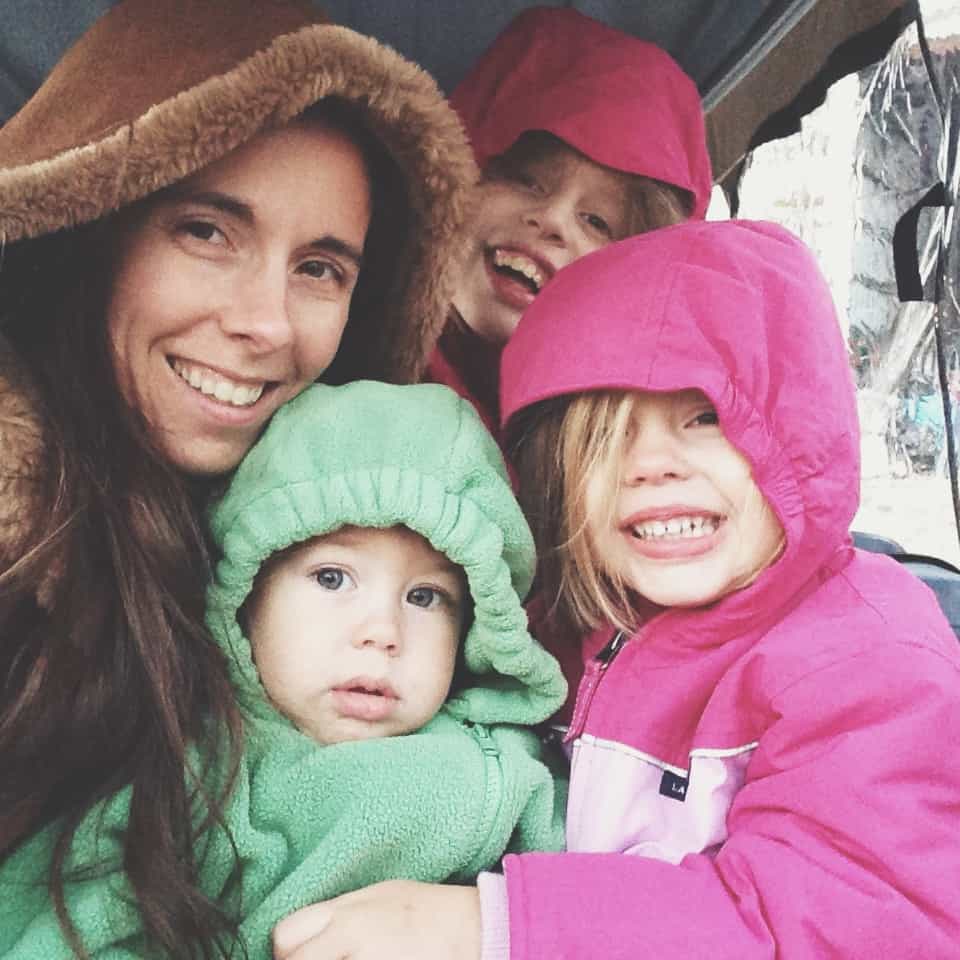 I wonder what my boy will become, what will his personality be, what will he enjoy? I bet he will always have that twinkle in his eye when something strikes him as funny. Will he always be slow to smile, but quick to hug? 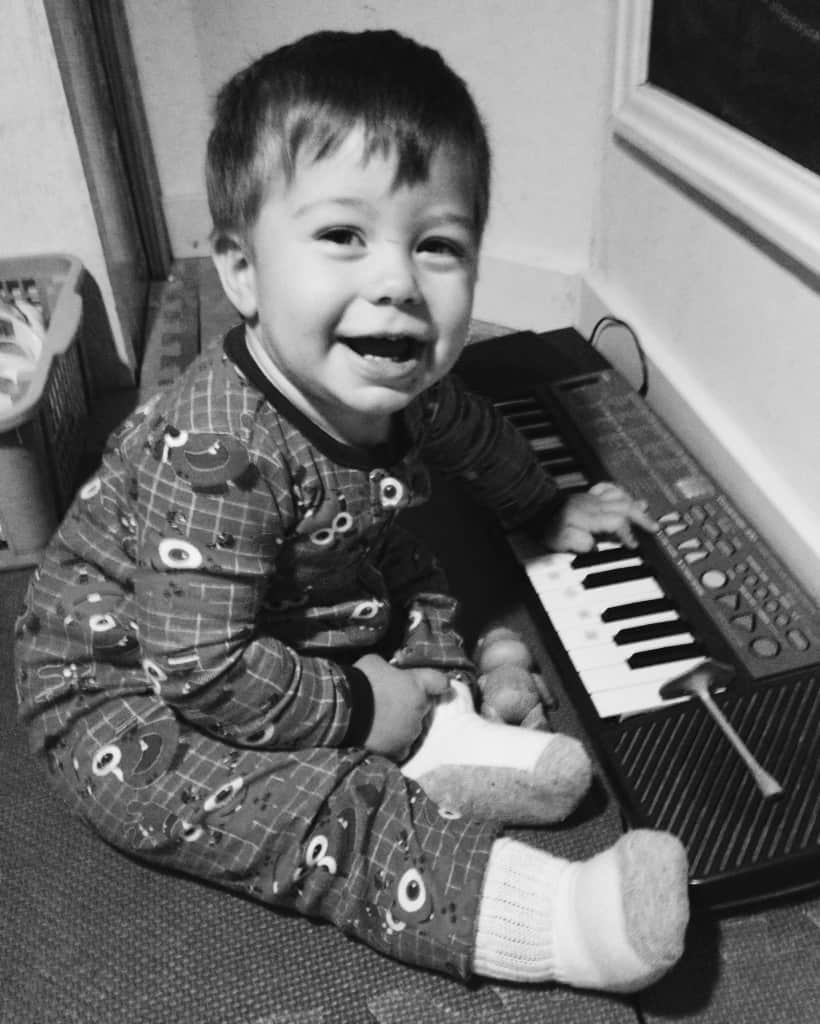 The future of his childhood looks different than I imagined on his Birth Day a year ago. He’s been through too many major life changes in a year. The blessing of that is that he won’t remember this angst. He’ll never have the uncertainty and sadness that his bigger siblings are working through. He’ll also never know what it is like to grow up in a traditional family. But he will know the joy of growing up with Grandparents in his daily life. 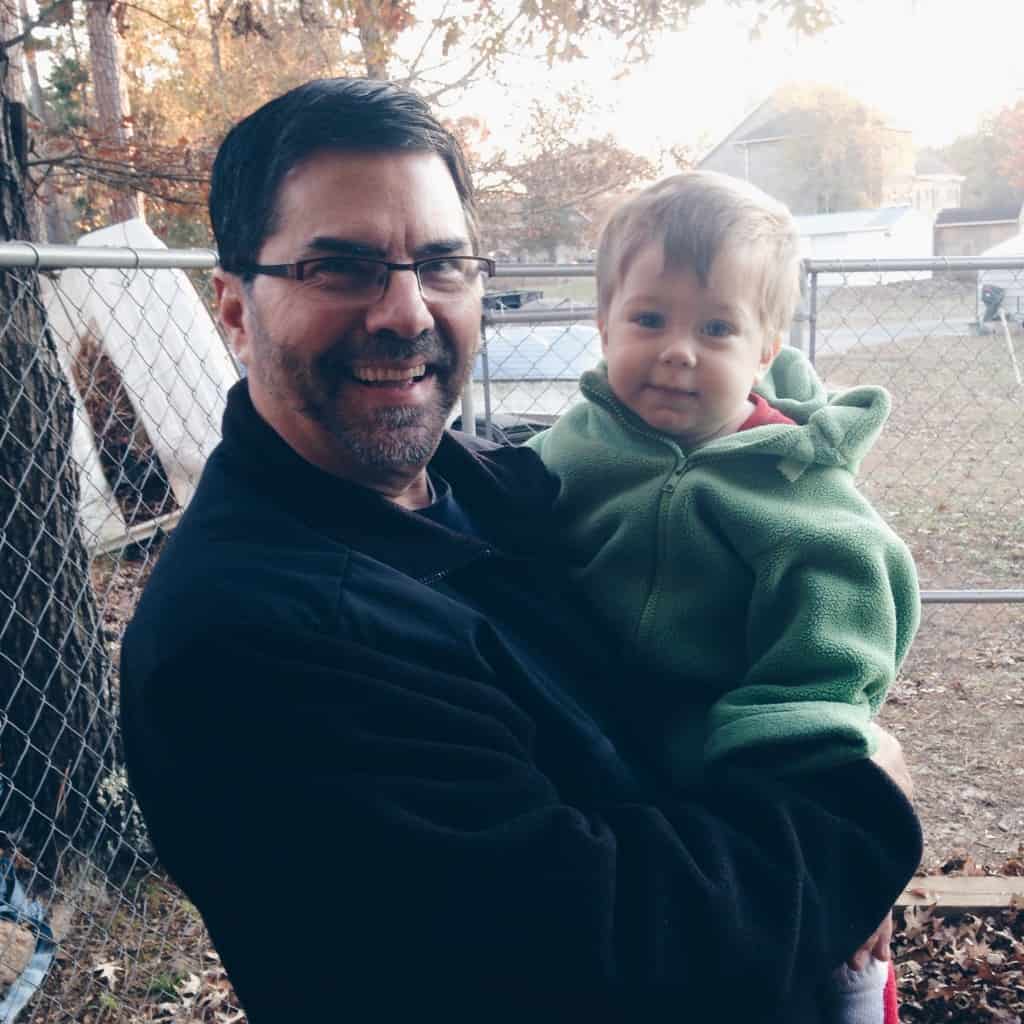 What fun we had tonight giving him a birthday party!
I expected Jonathan to dig into his cake and make a huge mess. After all, this boy loves to eat! But he was not a fan of cake at all. I think he wondered what the fuss was all about! Siblings trying to convince him to eat, Mommy with her phone in his face trying to get a video, and Mac-Mac’s flash going off 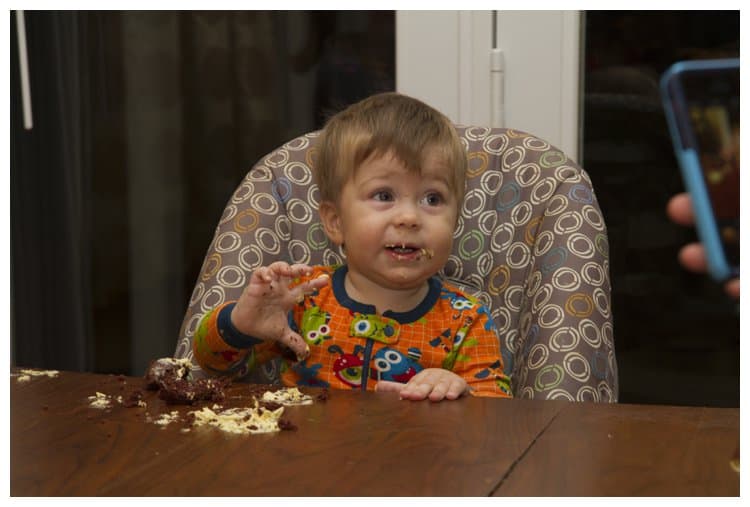 I, however, was a very big fan of getting dairy-free chocolate cake AND icing. Let’s just say Jonathan ate two cupcakes and so did I…that’s where those 4 cupcakes I took off the tray went. Or we can say I needed them for extra nursing calories.  Whatever… it was yummy and I’ll probably sneak a few more for breakfast when the kids aren’t looking. 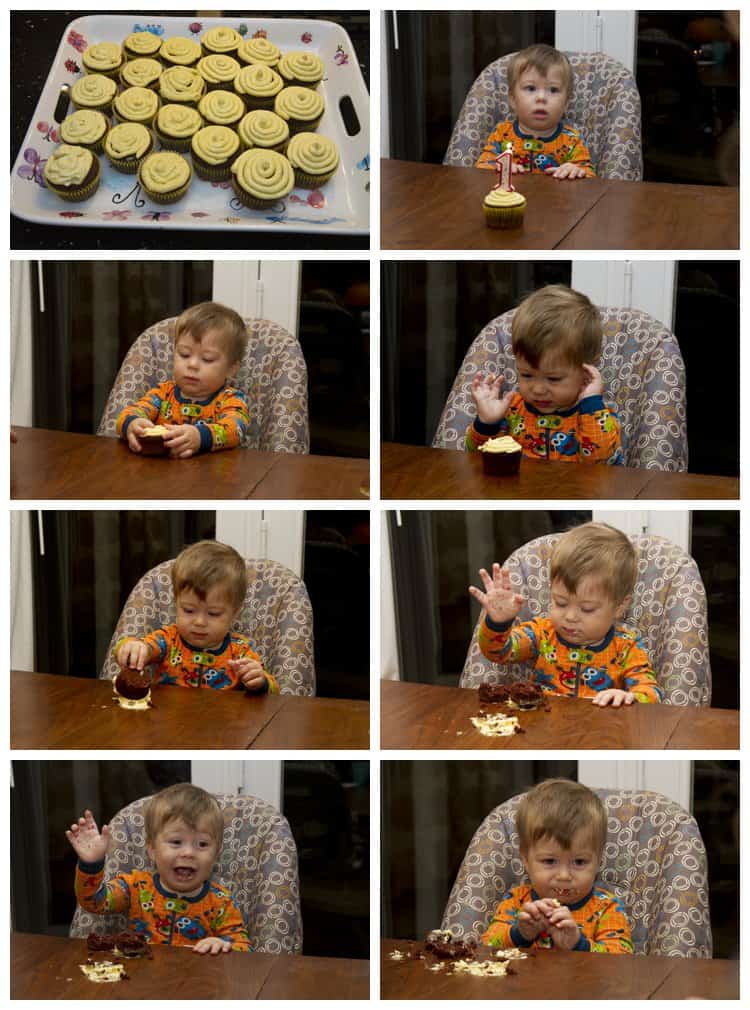 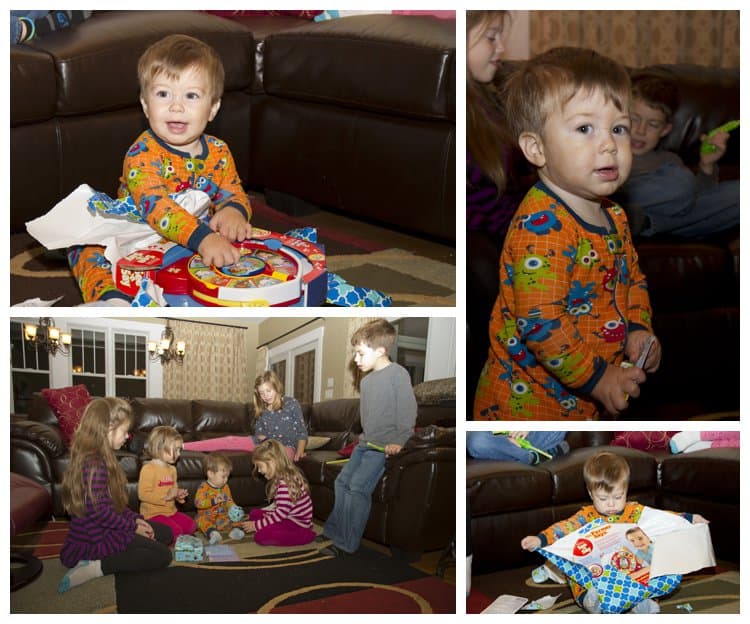 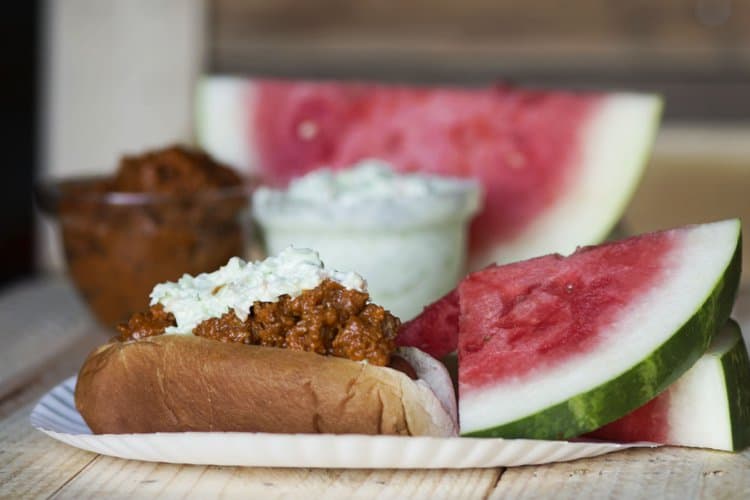 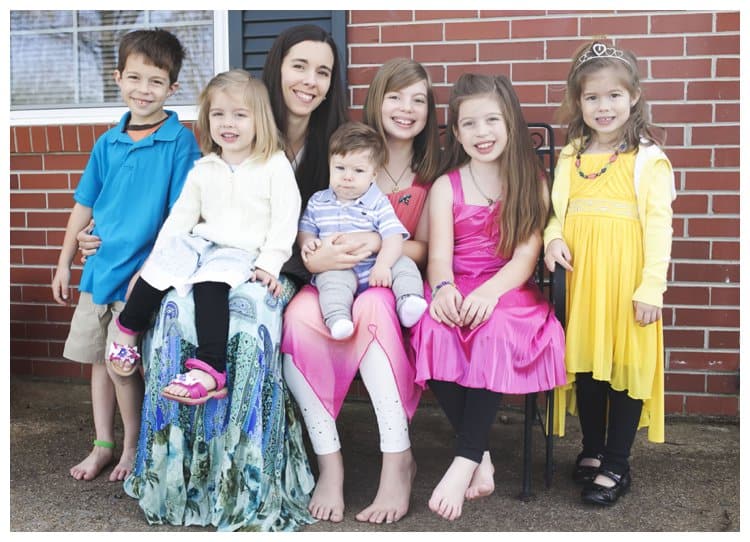 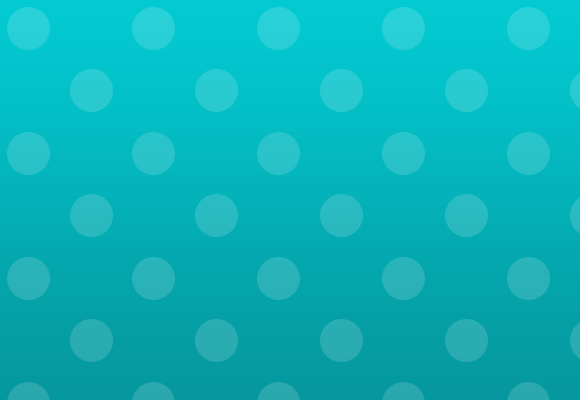 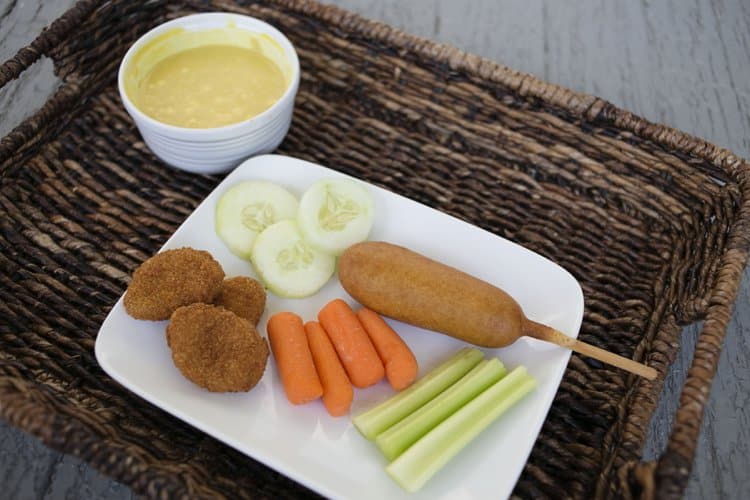