Last night I tucked 5 coughing kids into bed, hoping that by morning the crudiness would be gone.  With a big family, 2 doses each of cough syrup emptied the bottle that was brand new just two nights ago.  Snow here in the south, even just a flurry, means no driving and no new bottle of cough syrup! 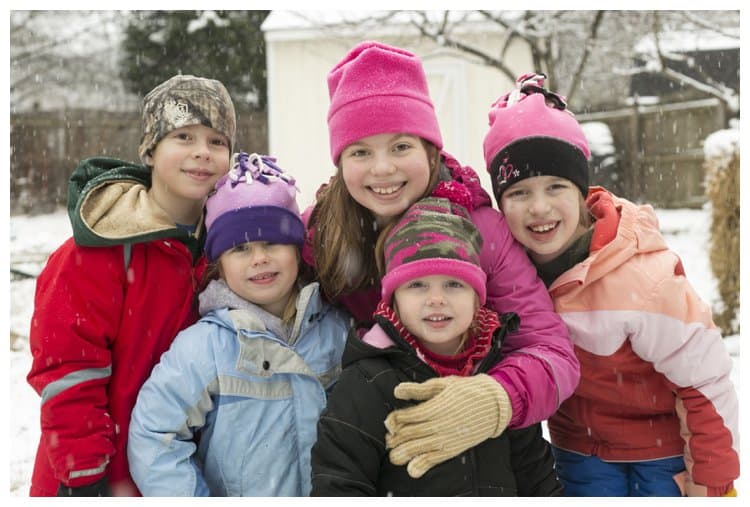 Thankfully Emily woke up fever-free and it seems the rest of the kids only got a bit of cough and congestion out of this bug. The snow was falling by 10am, and it was great motivation.  We plowed through schoolwork while watching the ground turn white. 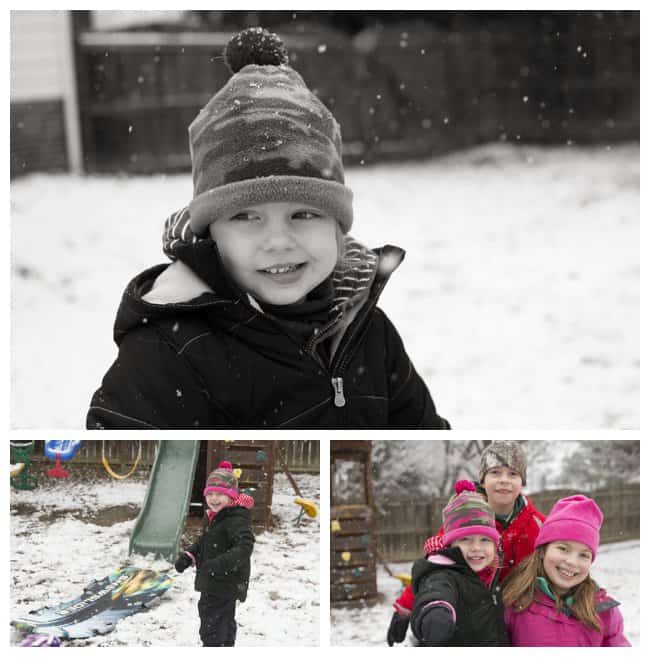 Bundling up 5 kids is no joke.  I am so thankful that this is not a daily routine for going outside here in the south.

As I bundled Bekah up to head out, she said, “I feel like a lumpy penguin!”

I guess she probably didn’t need 3 pair of pants. My over-bundling nature just never dies. You never know when it might suddenly get cold and she might freeze to death 10 steps from the back door! 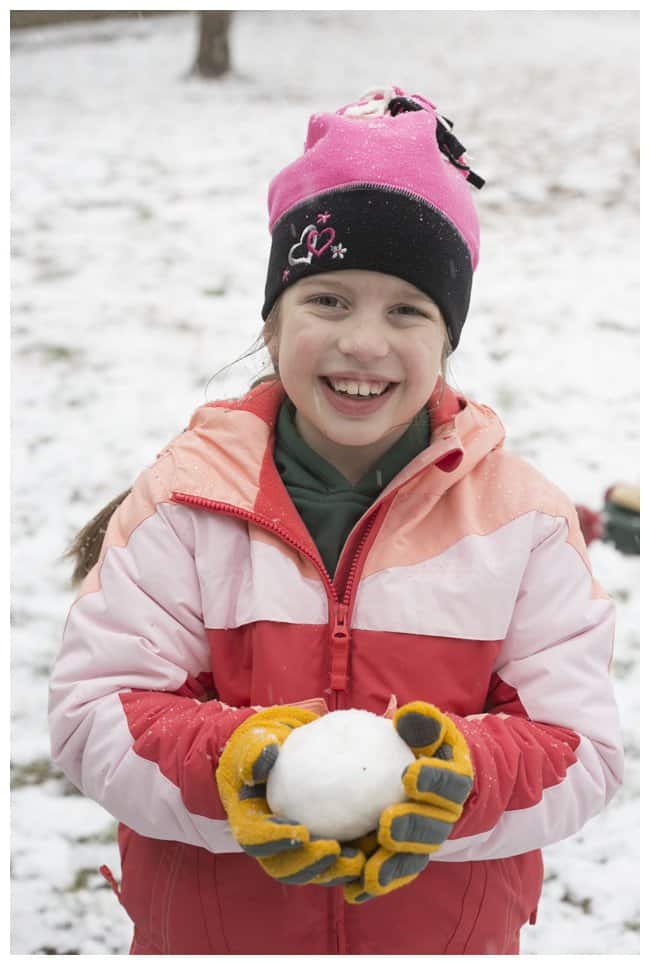 In true southern snowstorm style, the snow got very slushy and they yard turned to mud pretty quickly while the kids played. 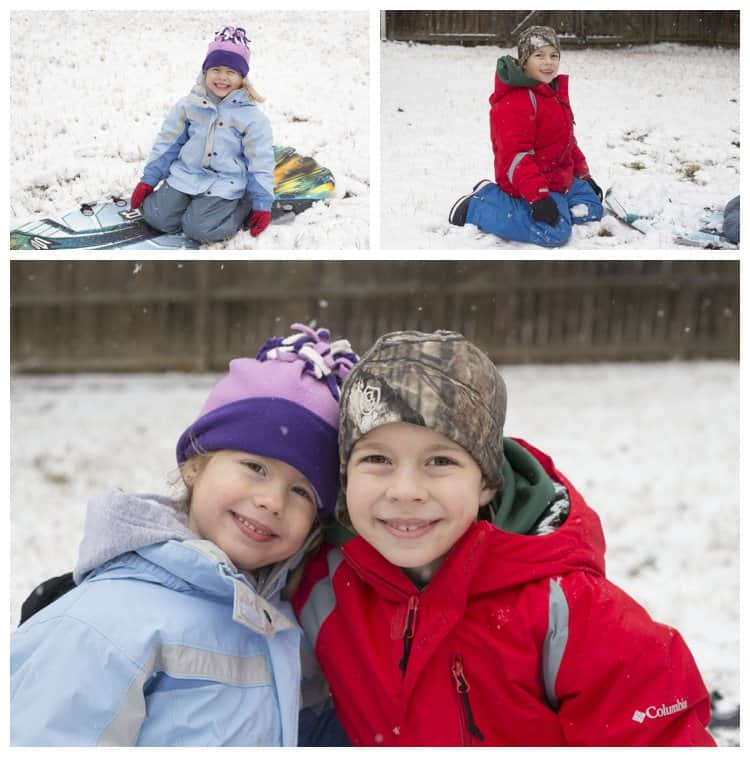 Sledding was more mud rolling than sledding.  They eventually gave up in hopes that some of the snow will turn slick and icy overnight and sledding will be good tomorrow. 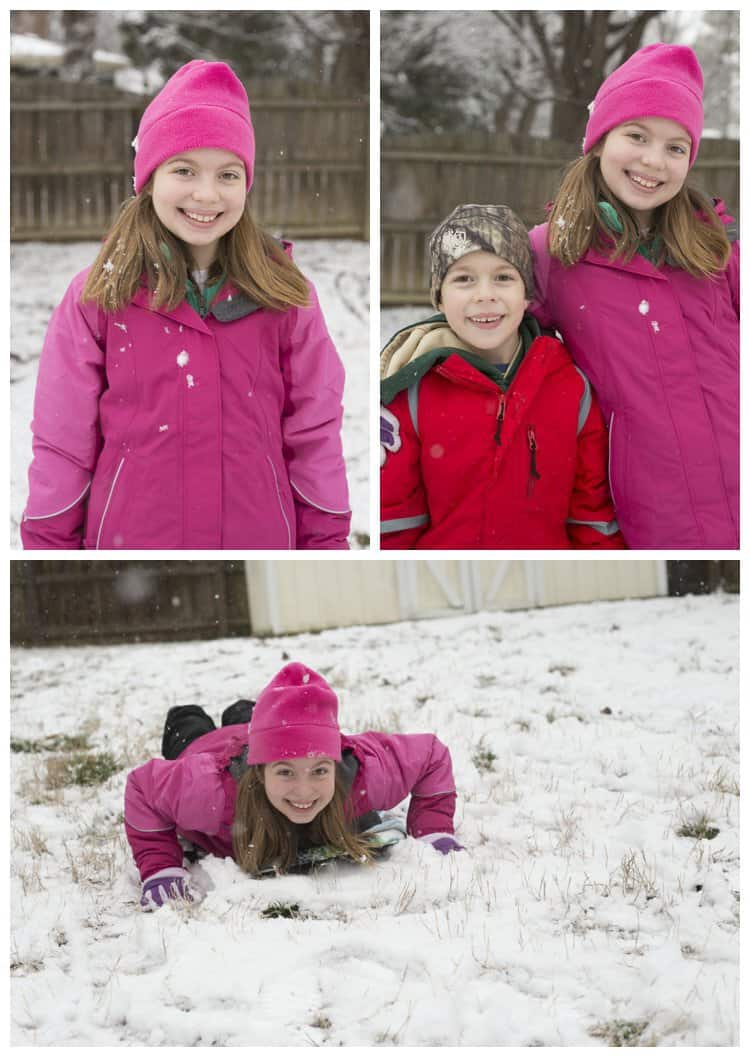 I kept telling the kids that there wasn’t enough snow to eat, but Peyton persisted.  I was quite horrified when I found Peyton’s face streaked with dirt from eating her snow-dirt balls.  And then the yuck factor multiplied when a big kid brought me a dirty pair of gloves that accidentally rolled up dog poo into a snowball.  GAG!!!!

Later I caught Peyton licking another snowball and her filthy gloves- “Mom, you said not to eat any more snow…I’m just licking it.”

Ewwww… the mud snow of the south. So, Peyton’s snow playing afternoon was officially over.

I bribed them all to give up their muddy, wet clothes and come inside by turning on the Olympics and bringing mugs of hot chocolate into the den. 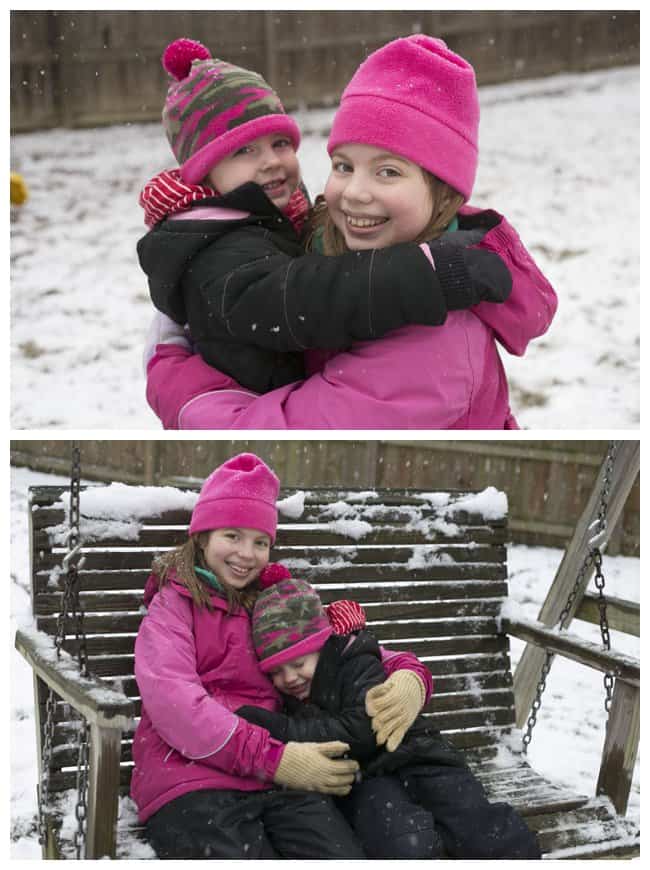 First load of laundry is in the washer…just a couple more to go so they can play again tomorrow.

Have you had much snow in your part of the country? 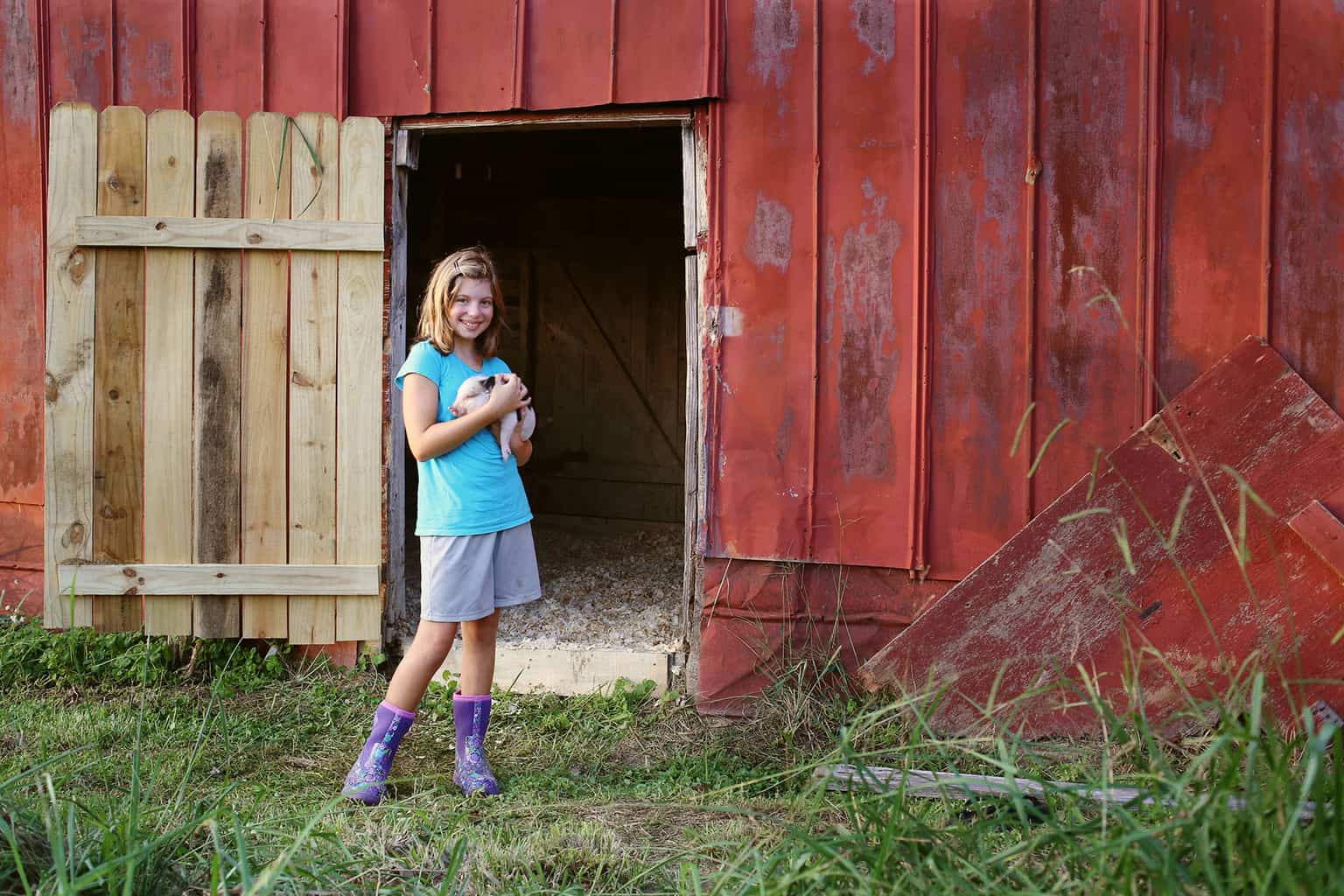 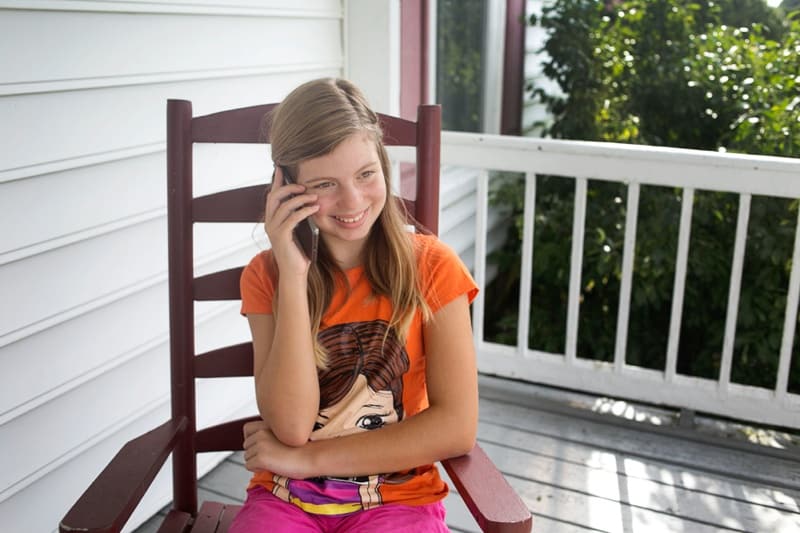 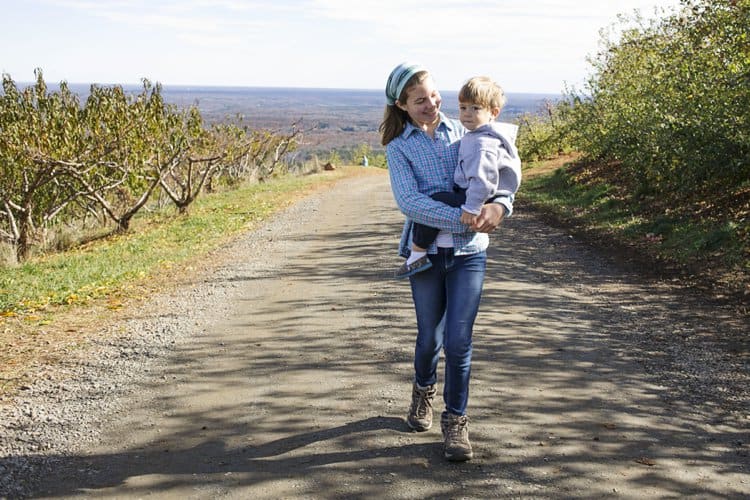 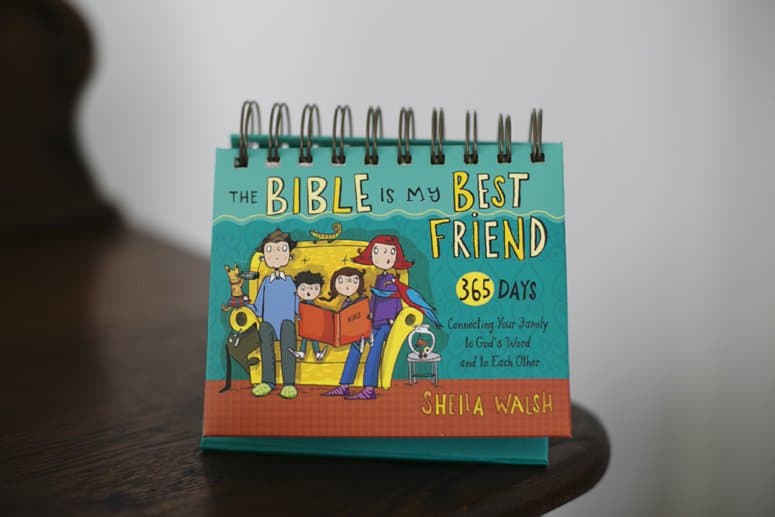