Nursing a baby is one of my favorite parts of babyhood, especially as baby starts smiling up at me while we nurse, or rubs my arm, or stops to coo and talk between sips. 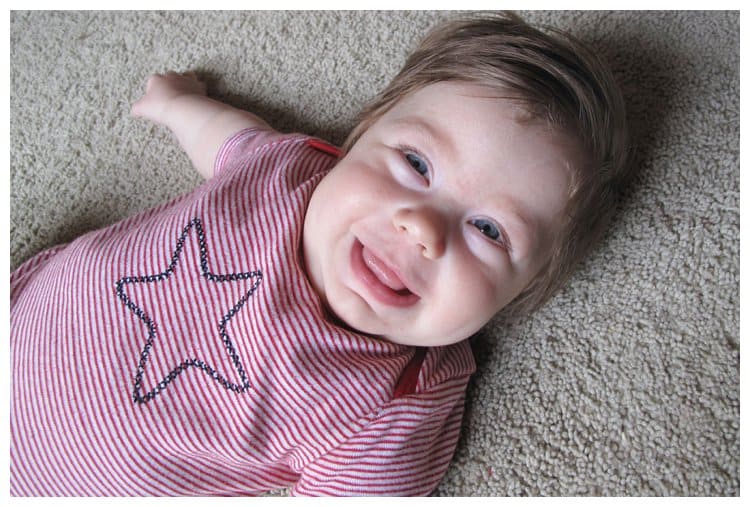 When Miriam was a baby I sat in my rocking chair for almost every feeding, enjoying her, relaxing, and often praying over her while she ate.  In fact, we leisurely rocked so often while nursing that on our first vacation, there was no rocking chair so she wouldn’t eat.  I spent the weekend ‘rocking’ on the edge of a couch so she would nurse.

Poor Jonathan, being baby#6, there isn’t time for leisurely nursing sessions, except for the ones that happen in the middle of the night.  I often wonder how he has ended up so chunky with his many interrupted nursing sessions every day.

This afternoon he woke from nap and wanted to nurse.  We got comfortable on the couch only for him to take a few sips before the doorbell rang.  He fussed for a quick second when I removed his dinner to answer the door.  After dealing with that distraction, I walked through the kitchen and realized that I promised the big kids a smoothie as soon as Jonathan woke up, so I stopped, made a big smoothie, washed the {still dirty from yesterday} cups, and served the big kids. 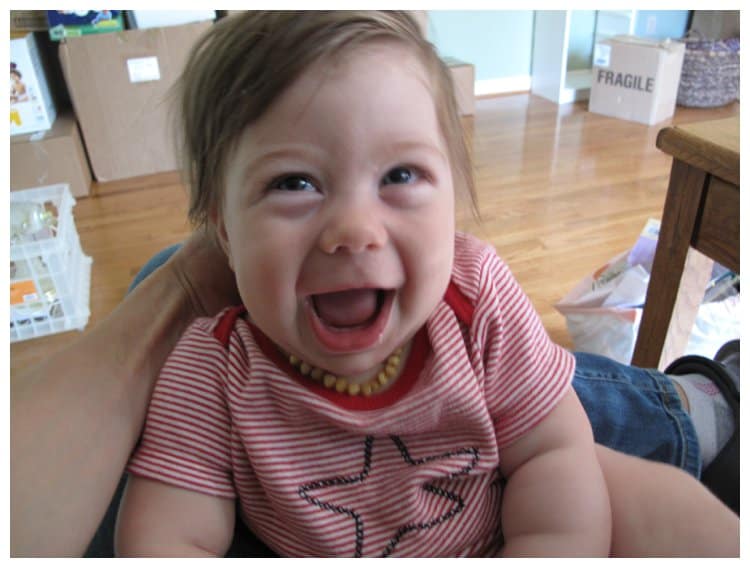 Jonathan reminded me that it was his dinner time too.  We sat again and got situated…a few more sips, then a big kid calls from the bathroom.  There was a big miss, and now a big mess to deal with.  Jonathan and I supervise the sibling as the mess gets cleaned up, start the laundry {after changing over the two loads of laundry already in progress} and get big sibling into the shower.

Back to sitting and finally another chance at dinner for Jonathan, until a sibling squabble erupts in the next room.  I try to let him keep nursing while we deal with the problem, but it’s difficult to hold on with Mommy walking around and he gives up to wait patiently again.

Next time we sit down, a newly potty learning sister declares that she needs to potty! Off again, patient Jonathan yet again.  Big sister is victorious! We wash hands, find M&Ms, and get a new diaper for sister.  Jonathan hasn’t had a diaper since nap time either, so he gets a quick change as well.

His nudging reminds me that the poor thing asked for his dinner an hour and a half ago.  I declare it TV time for the bigs and finally he gets to nurse.

Whew, so glad my fussy baby turned into a patient and happy baby after all!