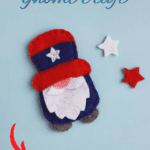 This Patriotic Gnome Craft is perfect for celebrating the 4th of July, or any other patriotic holiday.

How to make a Patriotic Gnome Craft

Print out the Uncle Sam gnome template and cut out all of the pattern pieces.

We have selected white felt for the star, beard and moustache patterns, red for the hat, blue for the clothe and grey for the shoes.

You can select any colored felt for the base pattern.

Trace and cut out the patterns from the selected felt fabrics.

Also, place the mustache cutout near the top of the beard cutout.

Stitch the star though the blue hat strip and through the red hat using white thread that matches the star.

Stitch the mustache cutout to beard using only 2 stitches on the top middle of the mustache (you’ll cover this stitch with the nose later).

Place the beard pice on top of the blue shirt piece.

Place the nose cutout on the mustache, as shown below.

Place the shirt and beard onto the base cutout, being sure to sandwich the shoes between the base and the shirt so they are sticking out of the bottom.

Stitch around the sides and bottom of the gnome’s shirt, keeping the top straight edge open.

Place the hat piece on the base, so that it slightly overlaps the nose of the gnome.

Stitch the sides and across the top of the hat to join it with the base. Be sure to leave the bottom edge of the hat open and unstitched. (If you’d like to add a hanging loop, place a loop of ribbon or thread in between the gnome base and the top of the hat, stitching to secure the loop as you stitch around the top portion of the gnome’s hat.)

After you’re done stuffing the gnome, stitch across the bottom side of the hat, being sure to also catch the lower open portion of the gnome.

Tie a knot or two when you’re done stitching, then cut off the extra thread. 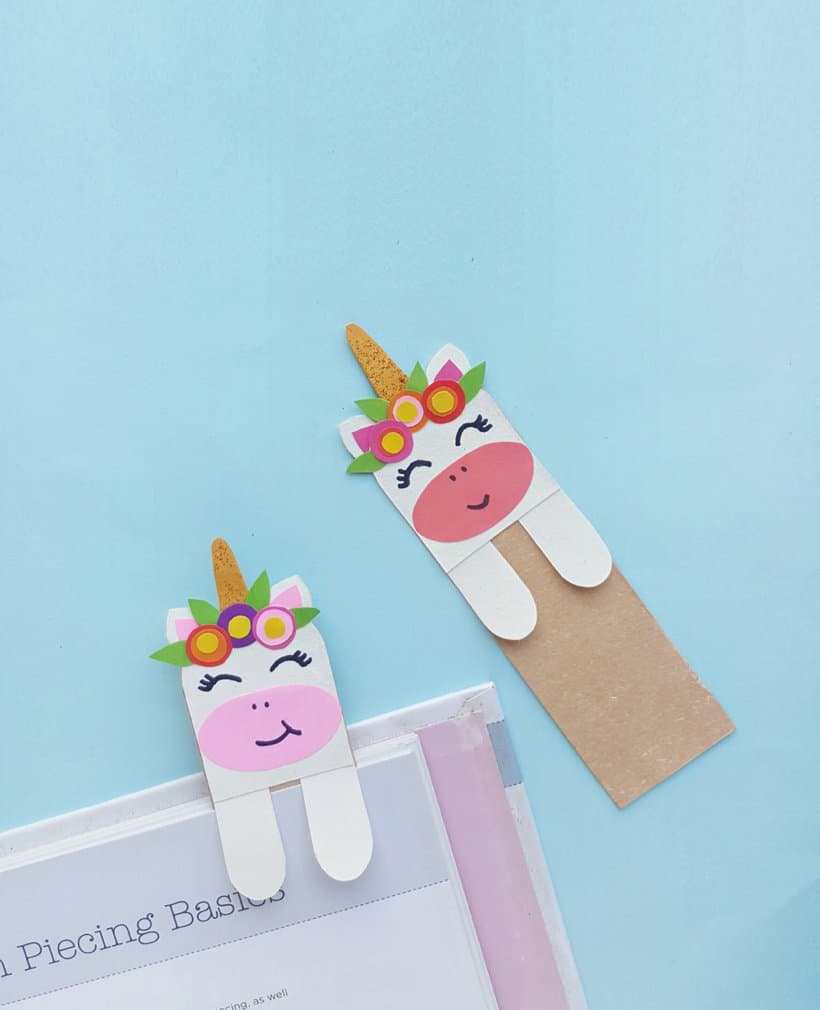 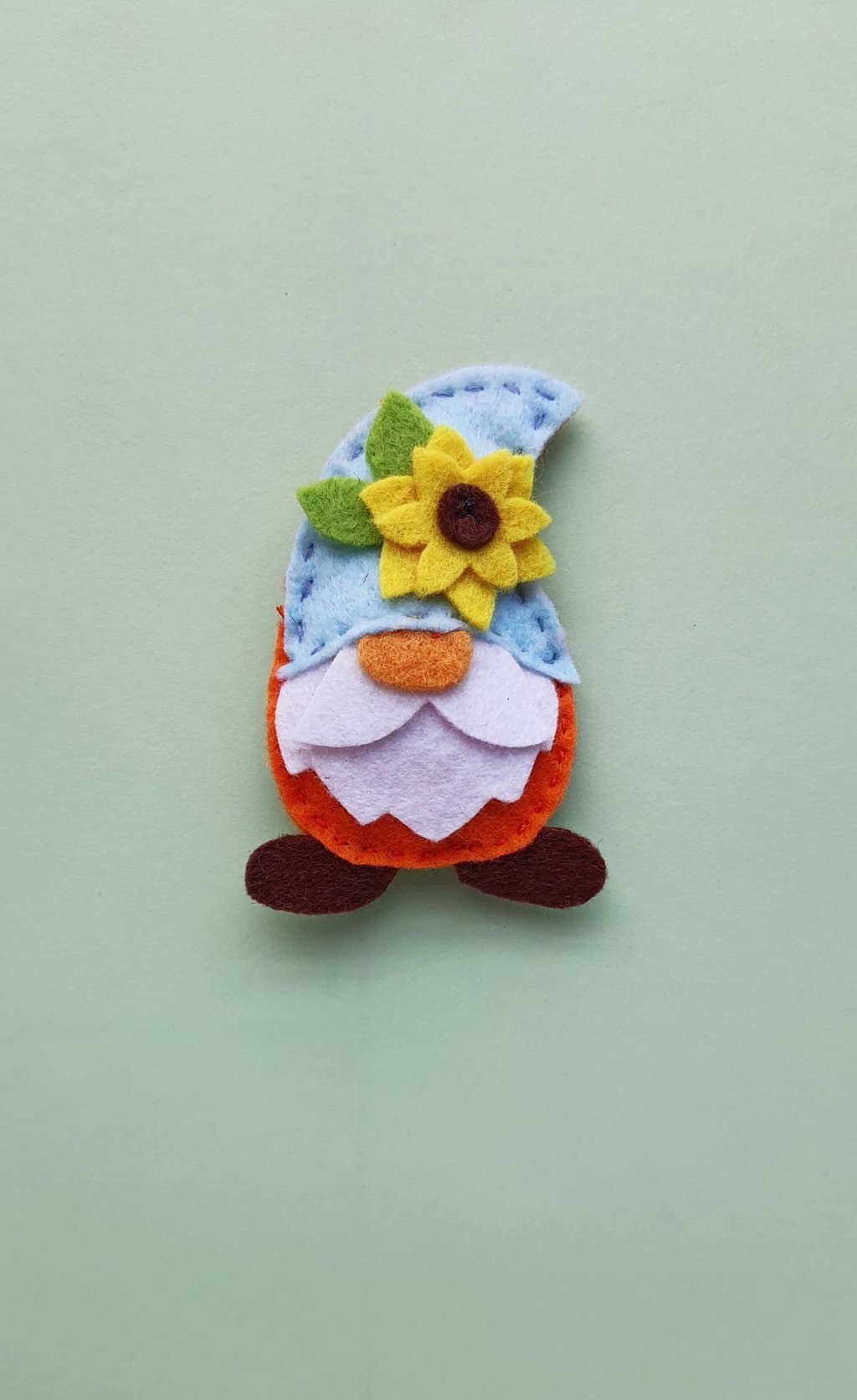 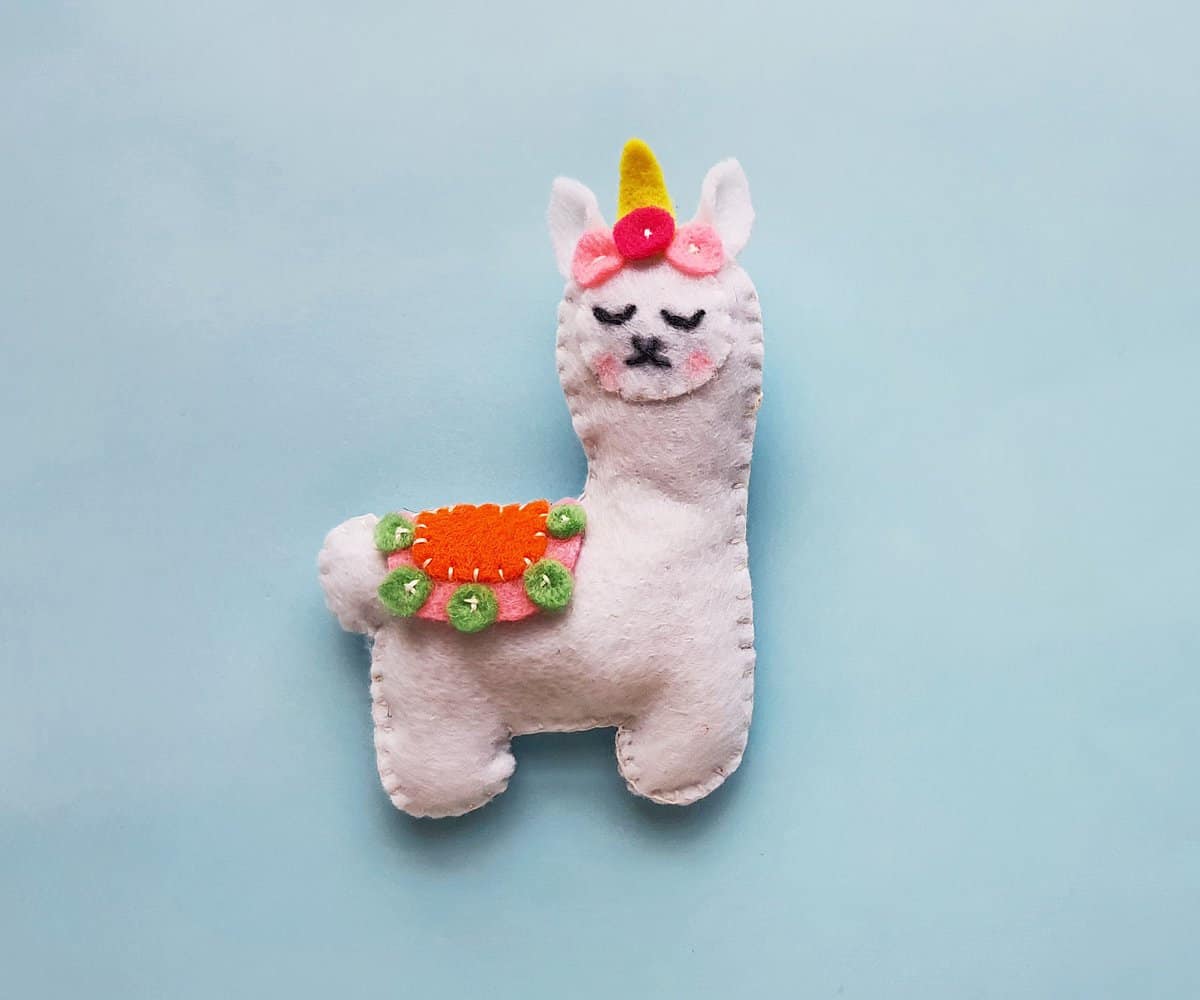 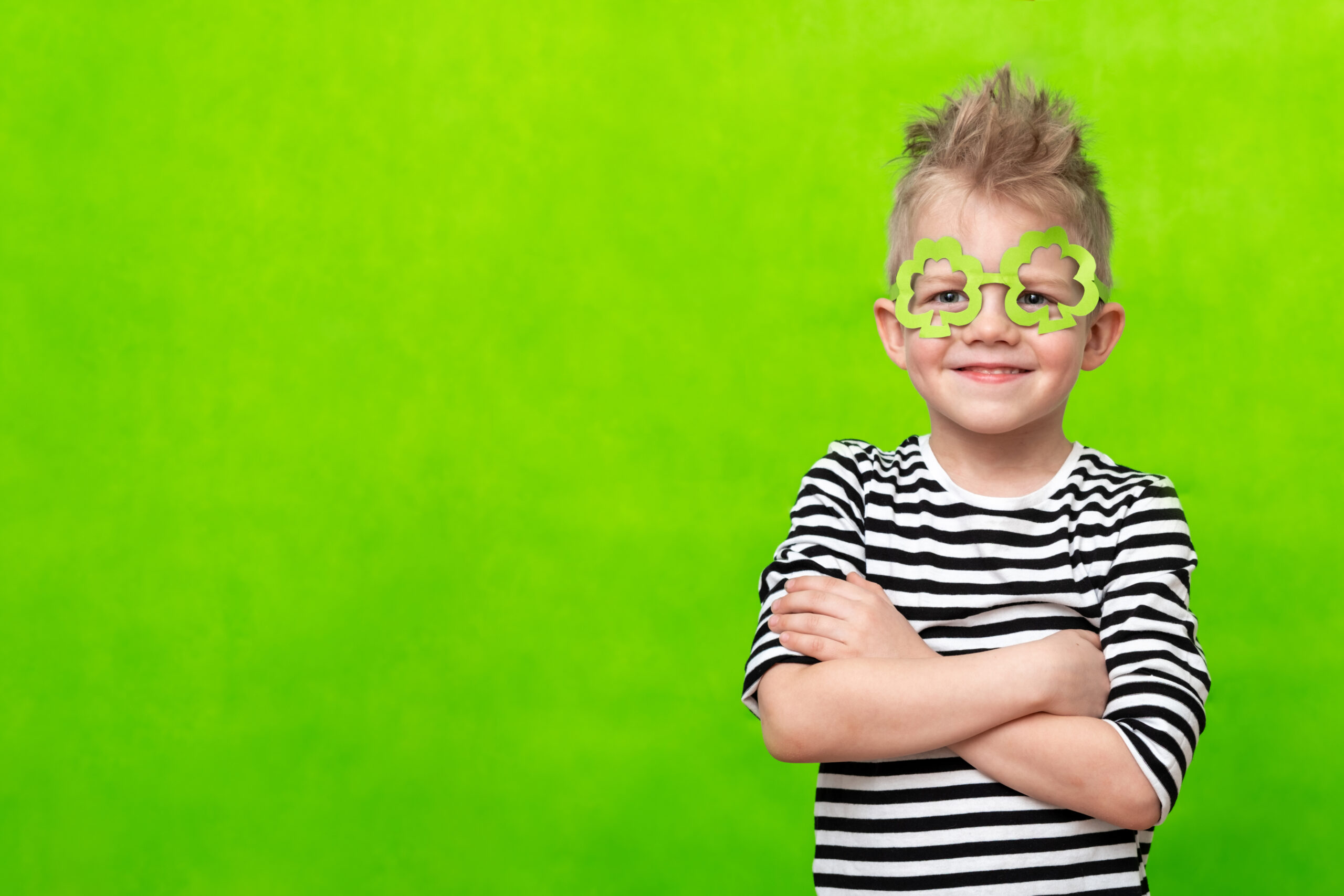 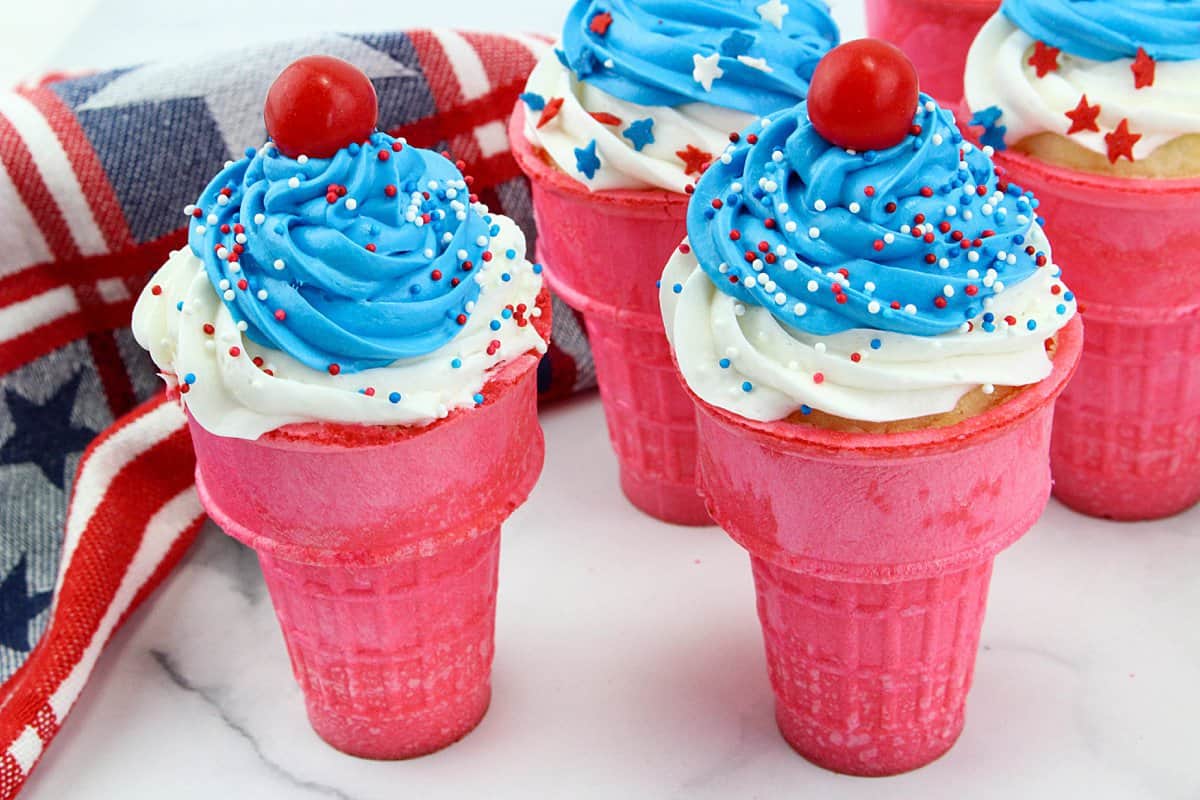 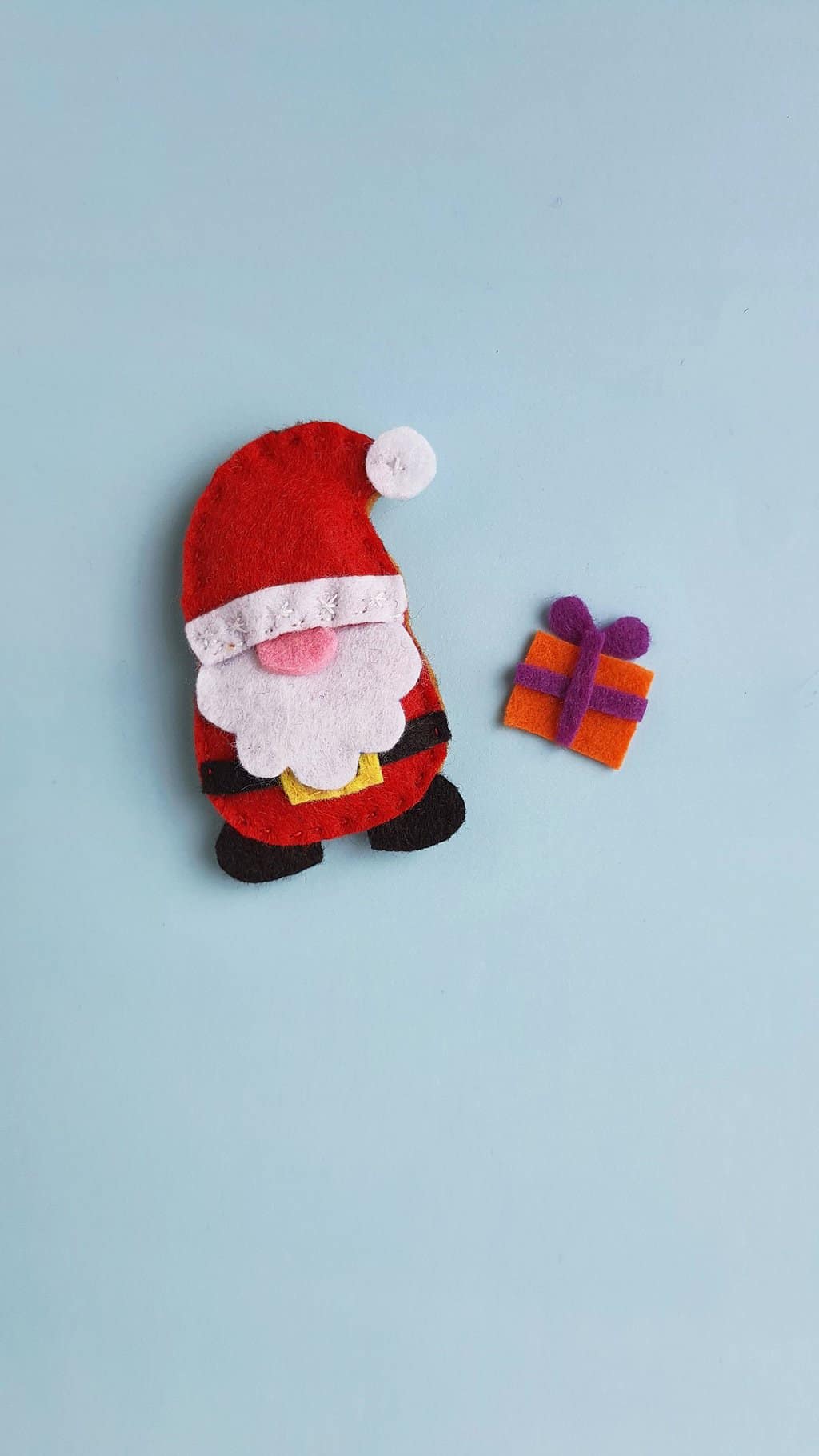