You’ve probably figured out that the kids and I love museums, zoos, aquariums, parks and adventures in general.  Our zoo season passes get us into several aquariums free, but of course not the aquarium at the beach where we’ve vacationed for the past several years.

After several years of skipping the aquarium due to its high cost, I found out about their great homeschooler’s admission discount.  The entire family got admission for less than the price Rob and I should have paid just for the two of us! Yay!

Most of the kids didn’t remember ever visiting an aquarium, since Michael was just a baby last time we went to one with our reciprocal zoo passes. 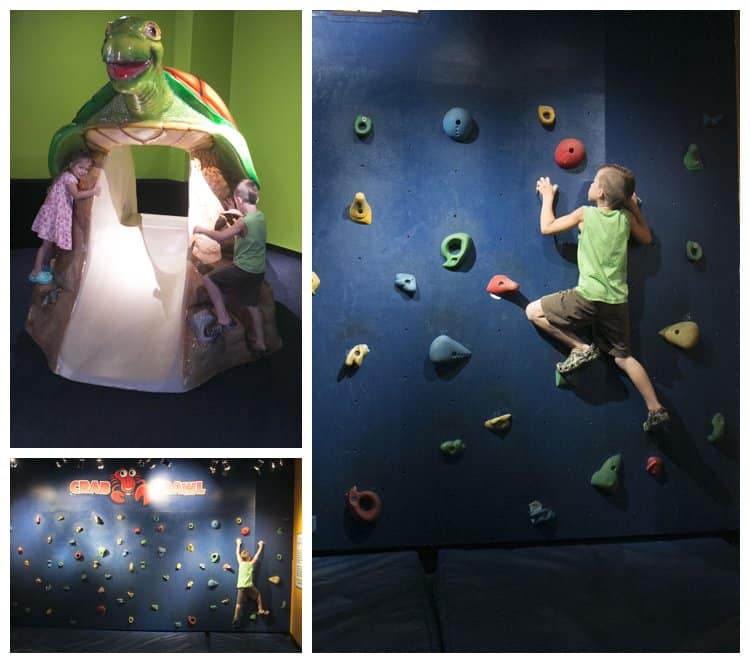 The “dangerous reef” underwater walkway was a bit intimidating at first.  There are a ton of large sharks in the tank! Big brother was willing to keep Emily safe. 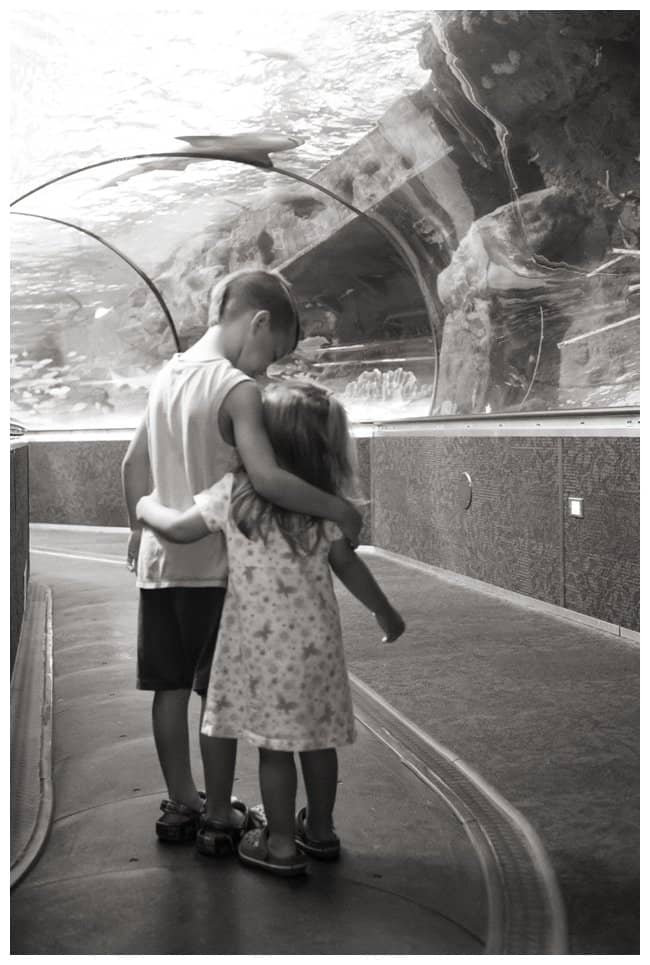 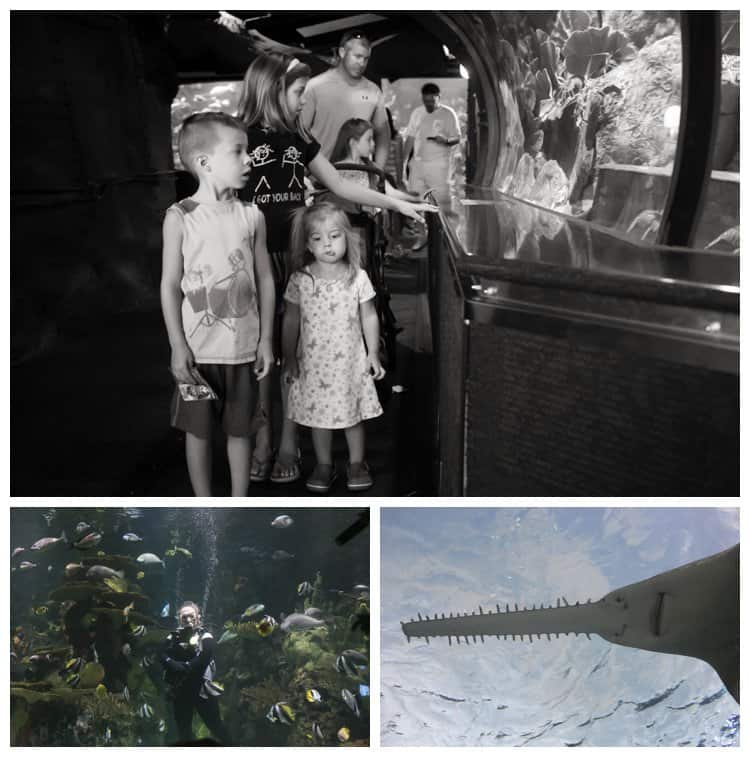 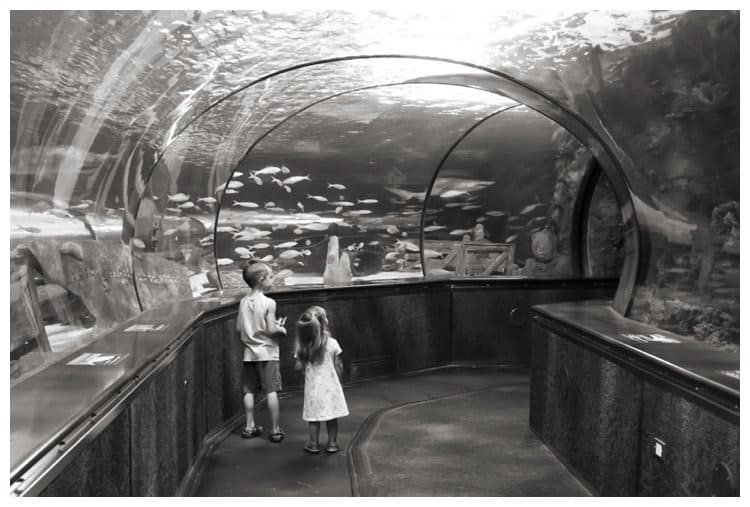 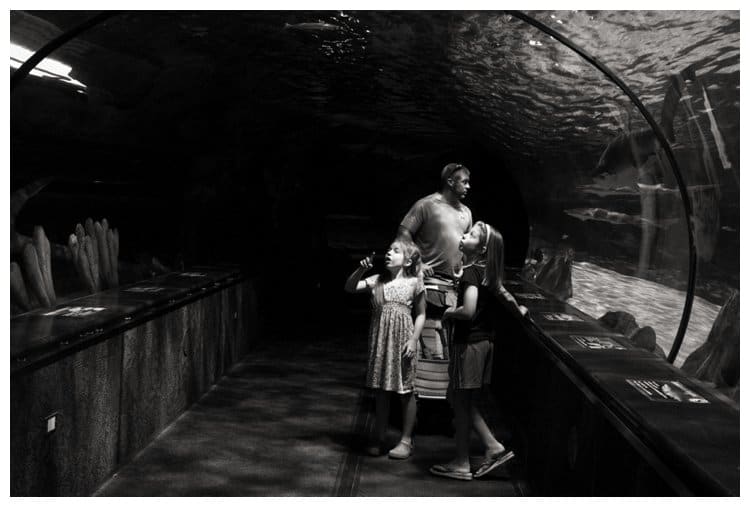 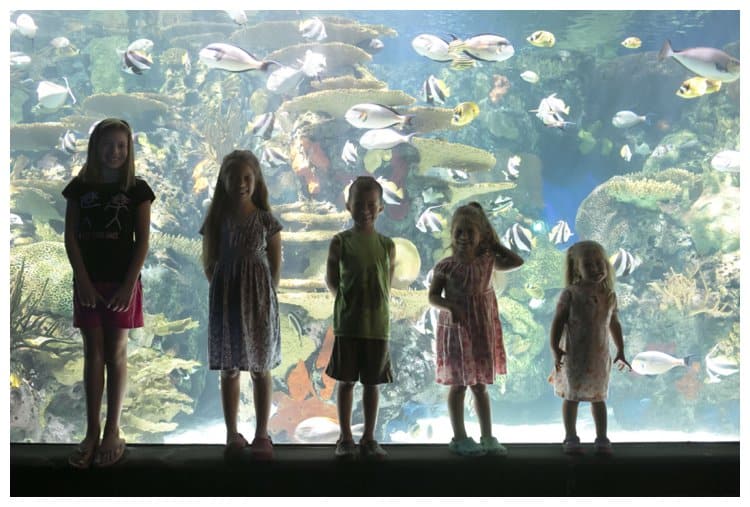 The highlight of the girls’ day was meeting the aquarium mermaid and sitting with her.  Peyton is now convinced that mermaids are real.

Unfortunately cameras aren’t allowed in that area since they want to sell their photos. 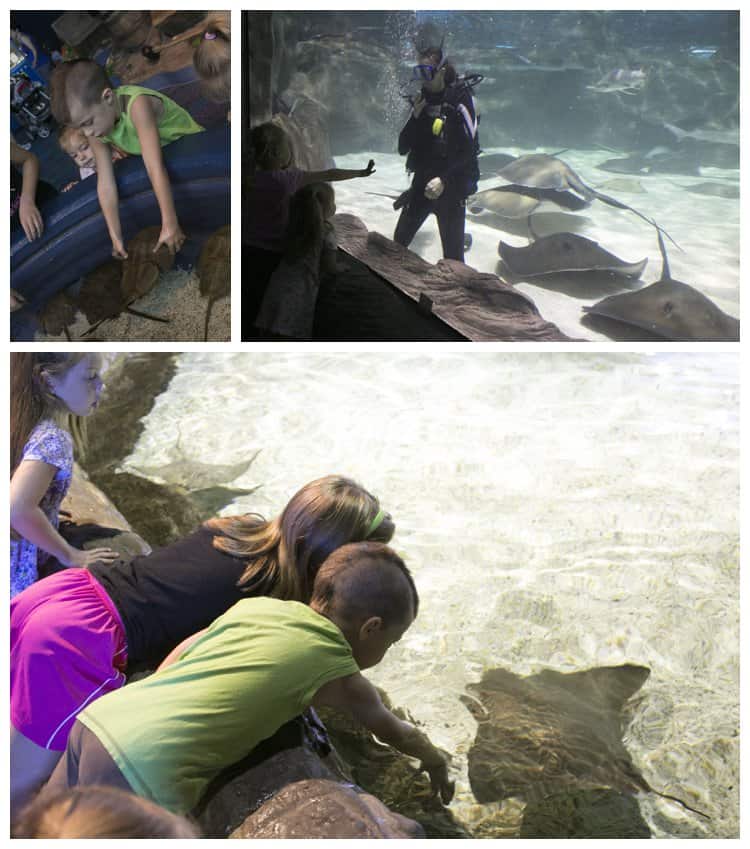 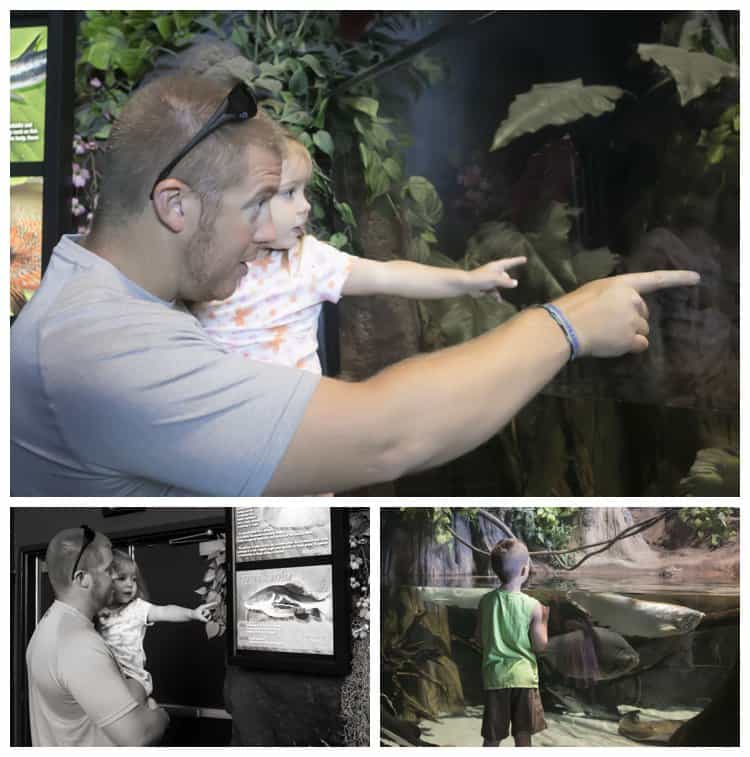 After finishing at the aquarium, I thought it would be a good idea to hit the boardwalk for lunch.  Emily took the map and led the way. 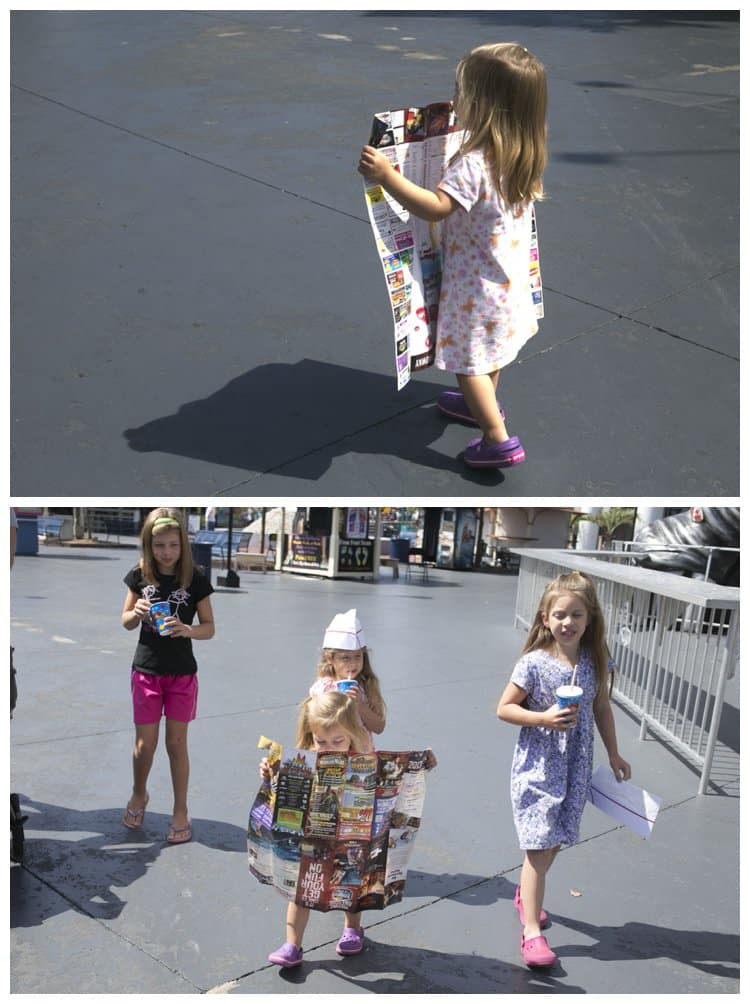 Johnny Rockets seemed like a good idea for lunch.  I knew everyone would like the food, and I expected it to be affordable compared to other boardwalk restaurants.  However, I about fainted when I did the math in my head looking at the menu.  We more than spent the savings of buying homeschool discount aquarium tickets. It was quite a shock!

Granted, we rarely eat out.  Rob and I might sneak out for a dinner date once a year and on the rare occasion we eat out as a family it is almost aways on a kids eat free day at Captain Steve’s.  In fact, other than our rare anniversary Melting Pot visits, we’ve never dropped that kind of money in a restaurant!

After I picked myself up off the floor and Rob convinced me to stop thinking about the bill, I enjoyed my food.  It was a memory making day- but I guarantee I’ll never suggest a meal at Johnny Rockets again! 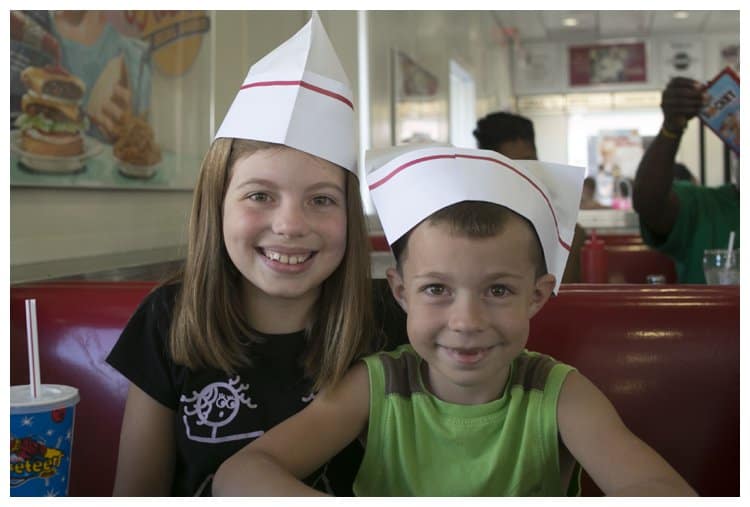 After our aquarium and boardwalk visit, it was a very quiet ride home with some tired children! 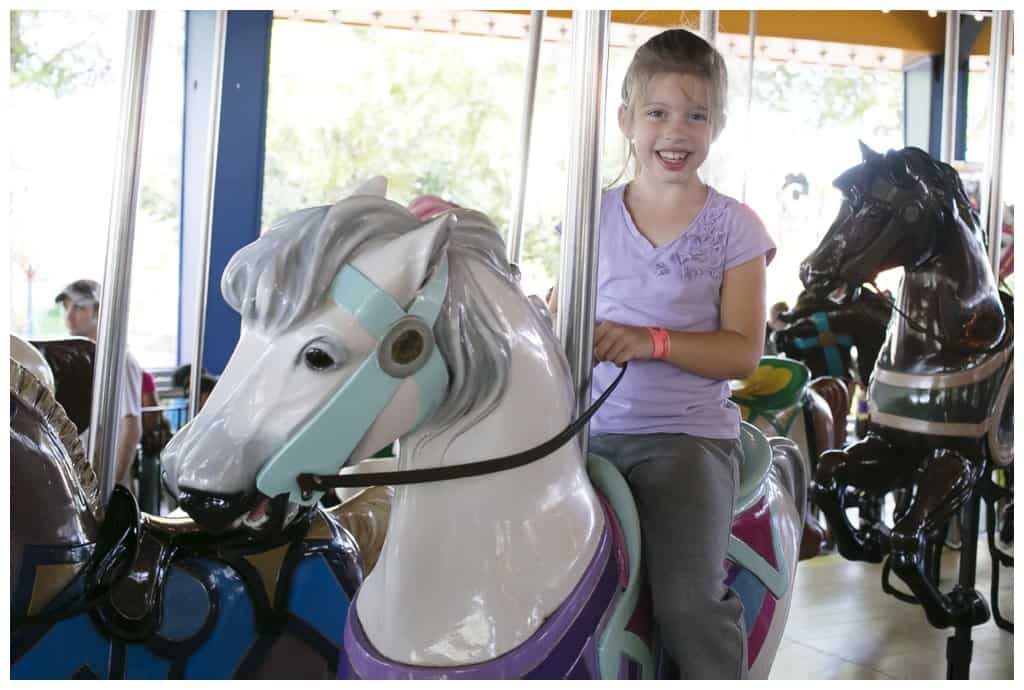 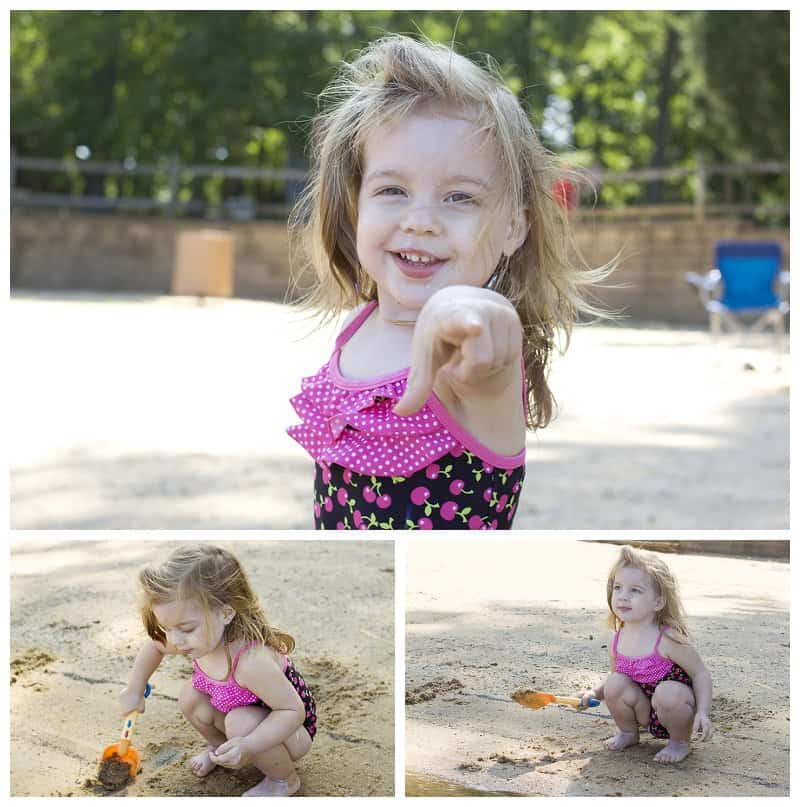 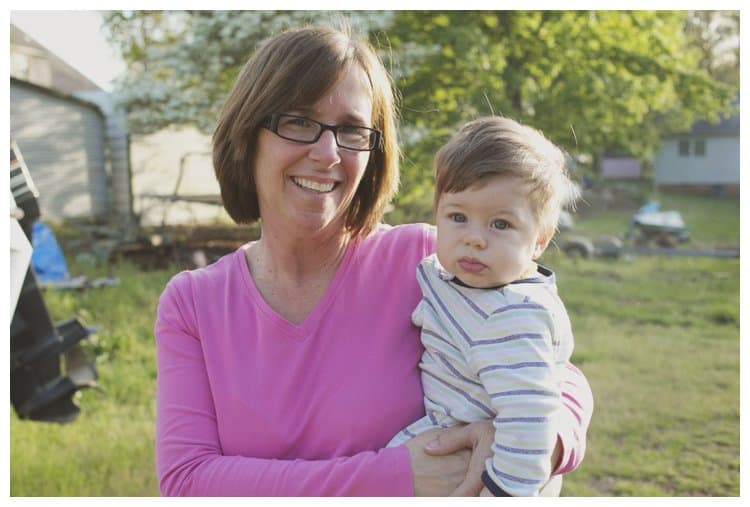