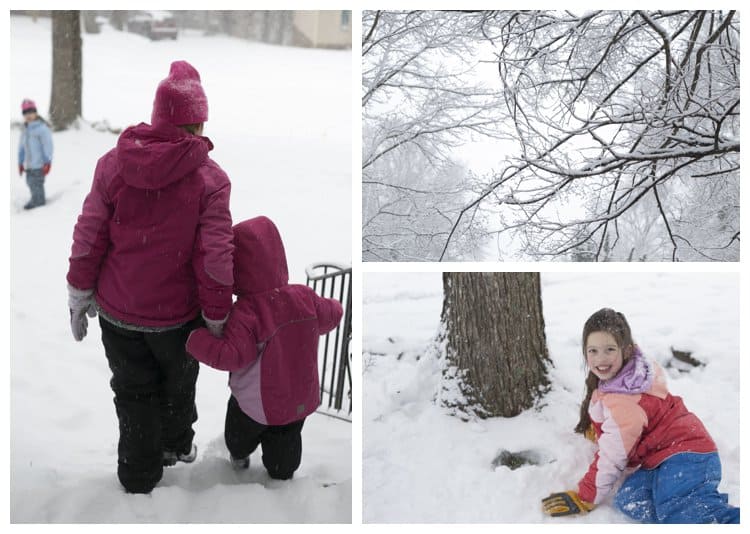 Good morning and Happy Valentine’s Day!  I am sitting here at my computer trying to drink my coffee, hold the baby and blog at the same time.  It took Jonathan’s entire morning nap to get the 5 bigger kids ready to head out into the snow.  My computer sits beside my front window, so I can’t help but smiling as I sit here- watching snow bundled kids pass my window and listening to their happy shrieks as they skid and sled through the now icy yard. 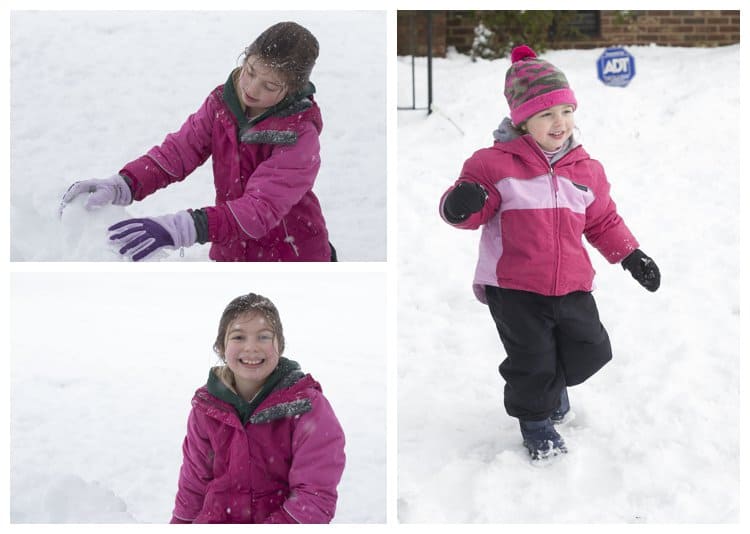 Our mud snow turned to pretty white snow.  I don’t think there has been this much snow here since I was a teenager. I remember traveling through the neighborhood with a big pack of friends searching for the best sledding hills back then. I am so thankful that my kids have each other- we didn’t see another child out playing at all this week!

What a week it has been.  School several morning in front of the fire while the snow fell and full 9am to 5pm snow play other days.  At night I’ve piled exhausted kids in my bed to watch the Olympics until they can barely keep their eyes open.  The little girls, who aren’t interested in Olympics took warm baths, played on the iPad and played dolls in my floor. 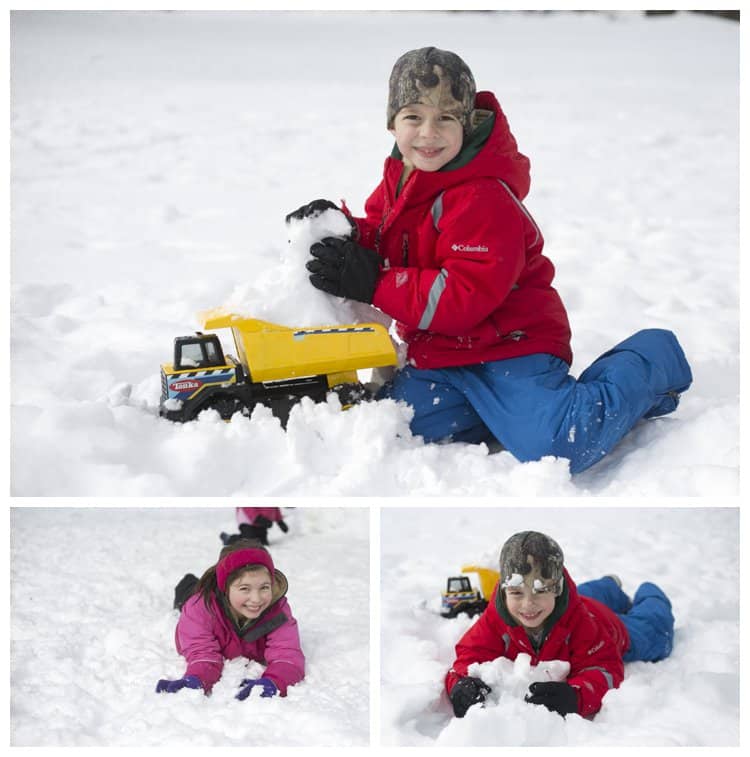 The only way to make the week better would have been Daddy home more.  Unfortunately for a Police Officer there are no snow days, and the hours are often much longer on weeks like this.  4 days later we still can’t see the street in front of our house- yet off to work he goes. 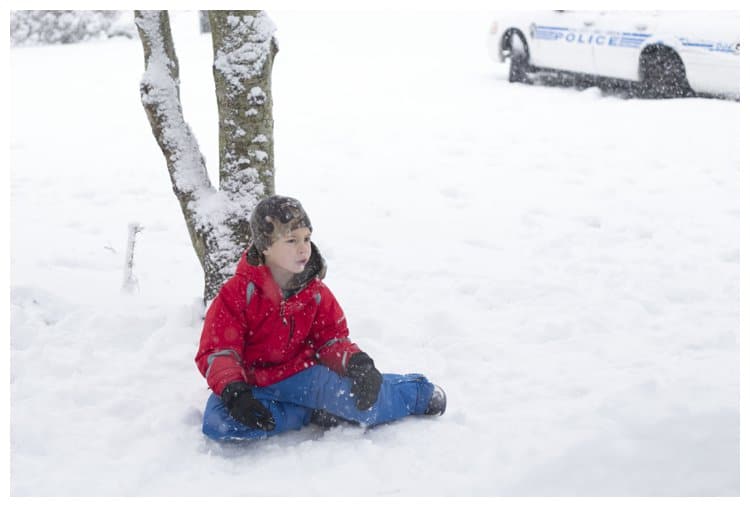 The kids are sad to see the snow melting today- but I have to admit I’ll be glad not to put mittens on two year old Emily any more!  It’s impossible.  She just does not get the concept of putting her hands into the gloves.  I tell her to push her hand in and she just thrusts it forward, then yanks it right back out.  When I tell her to wiggle her thumb in she wiggles every part of her body EXCEPT for that dang thumb!  It’s torturous…for me, she thinks it is hilarious! 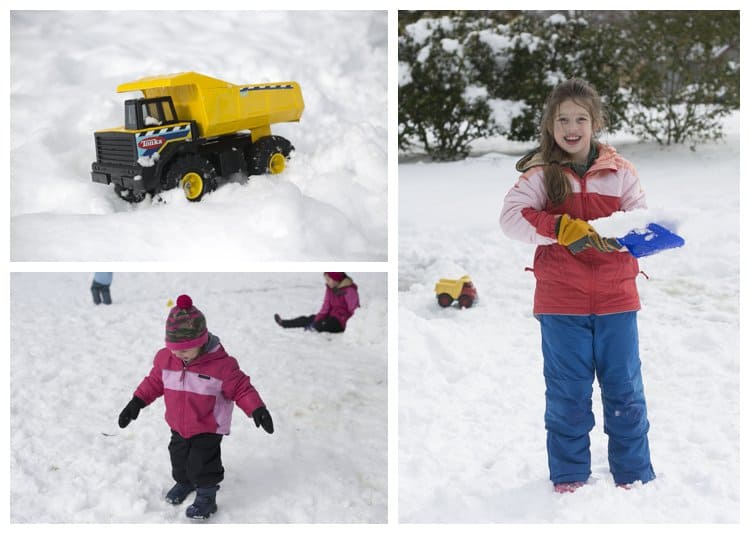 I’m so happy for all the soups I put in the freezer, as we’ve eaten every last quart this week. I’ll need to restock the freezer now, but it sure was nice to have warm soup for lunch and dinner to warm us all up.  I needed my normal cooking time to keep up with the laundry anyway!  (Though keep up is relative- there is currently an overflowing basket of kids’ clothes to be folded in the den and their dirty laundry hamper is already full again!)

A first the snow was way too powdery to sled in, so they spent their time building snow forts and making tracks for Michael’s trucks. 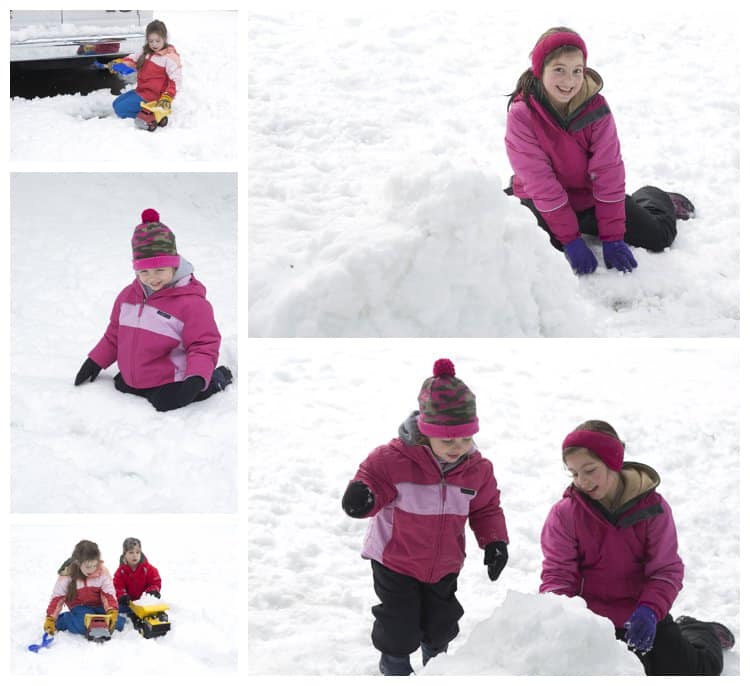 Later they shoveled snow onto our front porch and stairs to make a steep hill to snowboard down.  Miriam stood at the top and buckled siblings into the snowboard, then sent them down.  Rebekah was supposed to catch them if they needed help.  I cannot stop laughing when I watch this video.  Typical Miriam, being the boss lady.  Typical Rebekah, got distracted and forgot her part of the equation. And typical Peyton, not phased at all by the fall. There are more fun videos on my Instagram.

Yesterday afternoon, when Rob woke up only two and a half hours before heading out for his next shift, I threw the baby at him, grabbed a coat and went in search of a sledding hill with the big four.  Peyton was already exhausted.  They’d already been outside since 9:30am with only a quick lunch break so I carried her on my back as we walked around the neighborhood.  We finally found a steep shaded driveway at an empty house. We only snuck in about half an hour before Rob texted to say the baby needed me but we made a few memories. 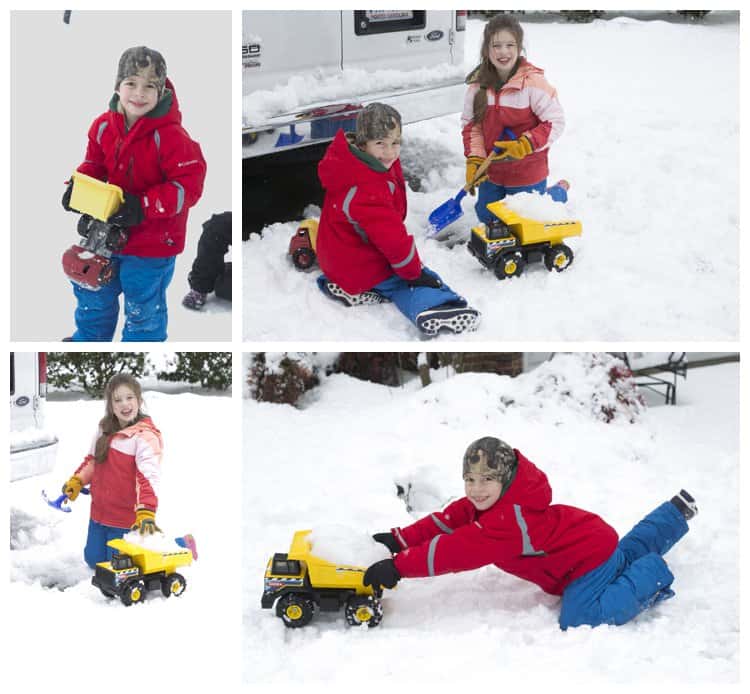 Friends mentioned trying to find a homeschool skiing discount, but I don’t think I’m willing to try that until ALL the kids are big enough to put on their own snow gear!  It was a great week, but I am EXHAUSTED! 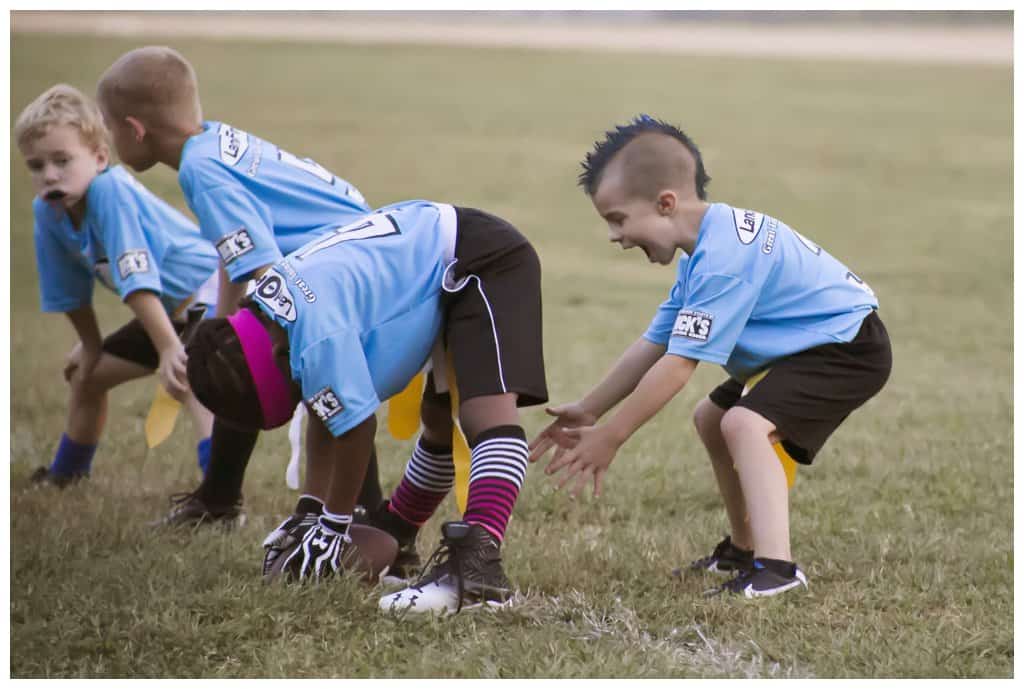 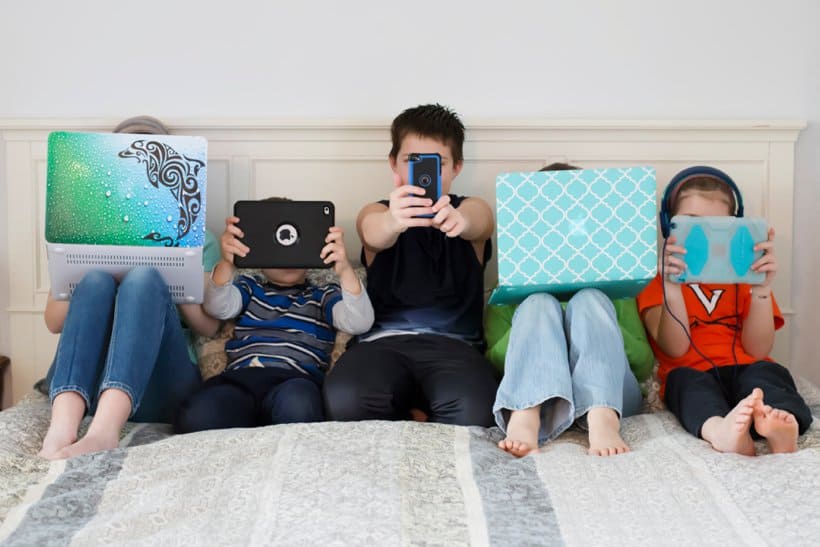 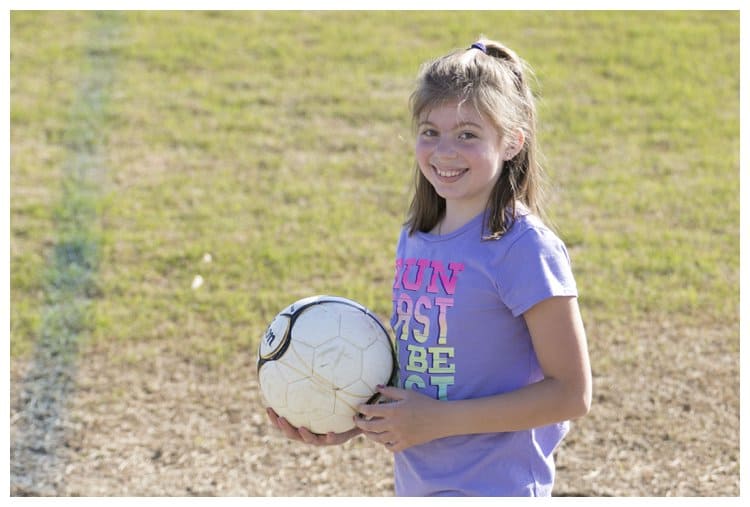 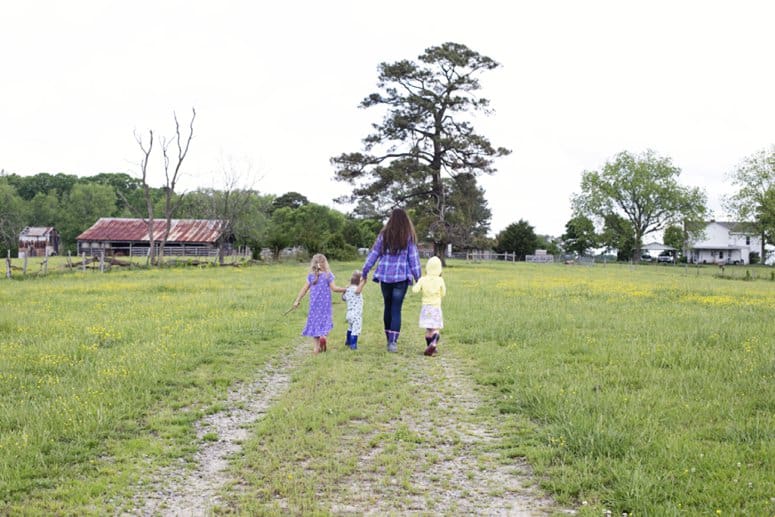