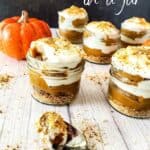 This recipe for No Bake Pumpkin Pie in a Jar is a lovely way to enjoy the delicious flavors of traditional pumpkin pie in an easy to serve individual sized dessert.

This Mason Jar Pumpkin Pie is delicious and so very pretty in each little jar. Everyone will love the layers of crunchy gingersnap and graham cookie crust, spiced pumpkin pie filling and silky cream cheese mousse!

If you love pumpkin, you’ve also got to try these super easy pumpkin pie crescent rolls!

This layered no-bake pumpkin pie in a jar recipe makes for adorable individual portions. They’re both beautiful and easy to transport! Perfect for taking dessert to yourThanksgiving gatherings!

Another pumpkin recipes you’ll love: These Spiced Pumpkin Cookies my family begs for as soon as cooler weather hits each fall.

How to a make No Bake Pumpkin Pie in a Jar

To make the mousse you’ll want a double boiler, or you can make a double boiler by placing a metal bowl above a pot of simmering water. Combine egg whites, cream of tartar and sugar in the large bowl.

Whisk the mixture constantly until the sugar dissolves and the egg whites come to 160 degrees. Remove from heat.

In a medium bowl combine the cream cheese and vanilla, mixing well.

In a small microwave safe bowl, melt the marshmallows.

Combine the marshmallows with the cream cheese mixture.

Refrigerate for an hour.

Next, make the pie filling.

Make the “crust” by mixing the graham cracker and gingersnap crumbs in a small bowl.

Sprinkle about 1 1/2 teaspoons of the crust mixture in the bottom of each jar. Shake the jar gently to spread the crust evenly.

Drop about 2 tablespoons of the pie filling into the jar. (use the back of a spoon to spread it evenly)

Use a spoon to evenly spread about 2 tablespoons of mousse on top of the pie filling.

Read the layers- crust, pie filling, and mouse so that you have two of each layer in each jar.

To finish top with whipped cream and garnish with remaining crust crumbs or bits of broken cookie.

Store in the refrigerator until you are ready to serve the layered pumpkin pie jars.

Did you make this recipe? 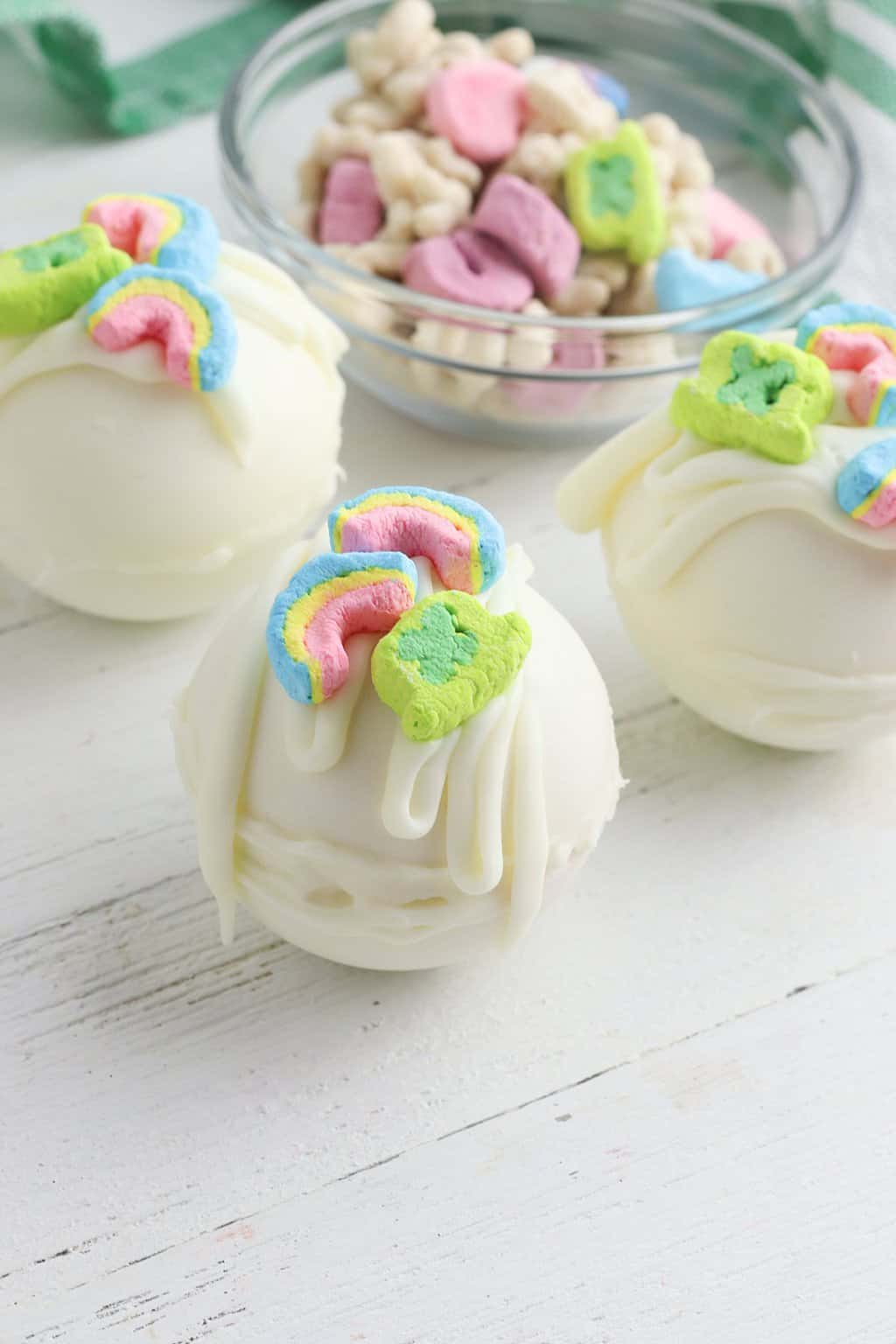 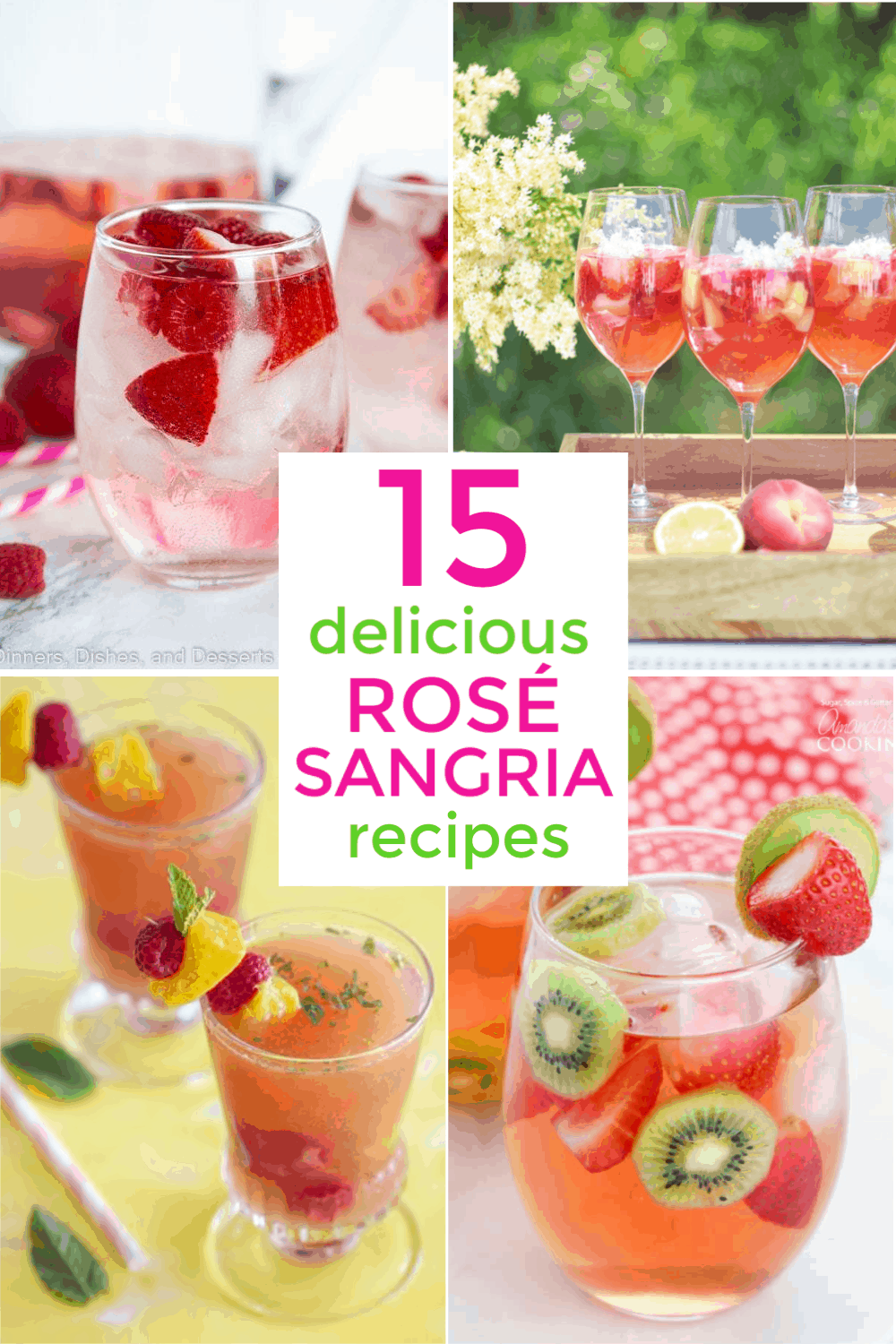 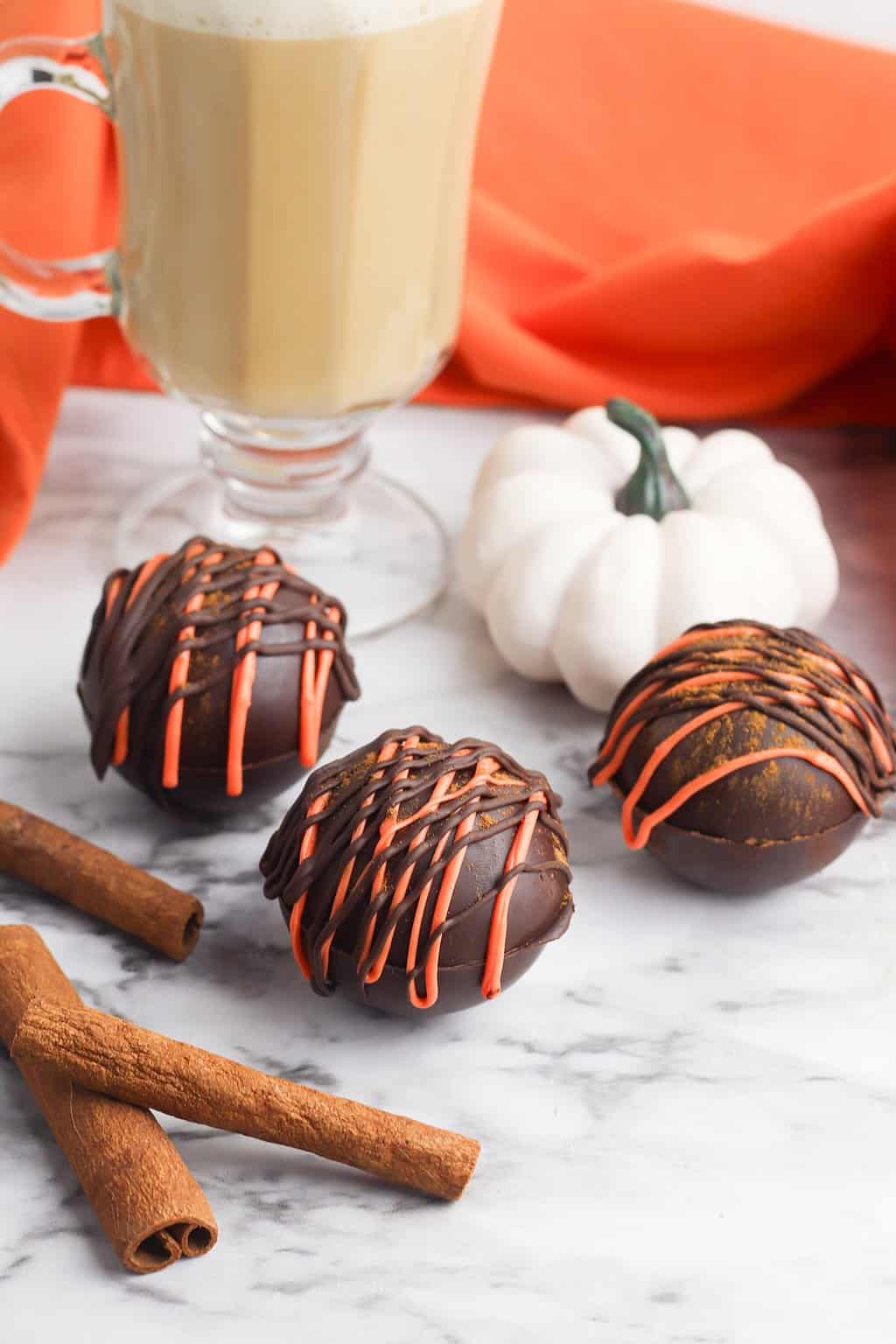 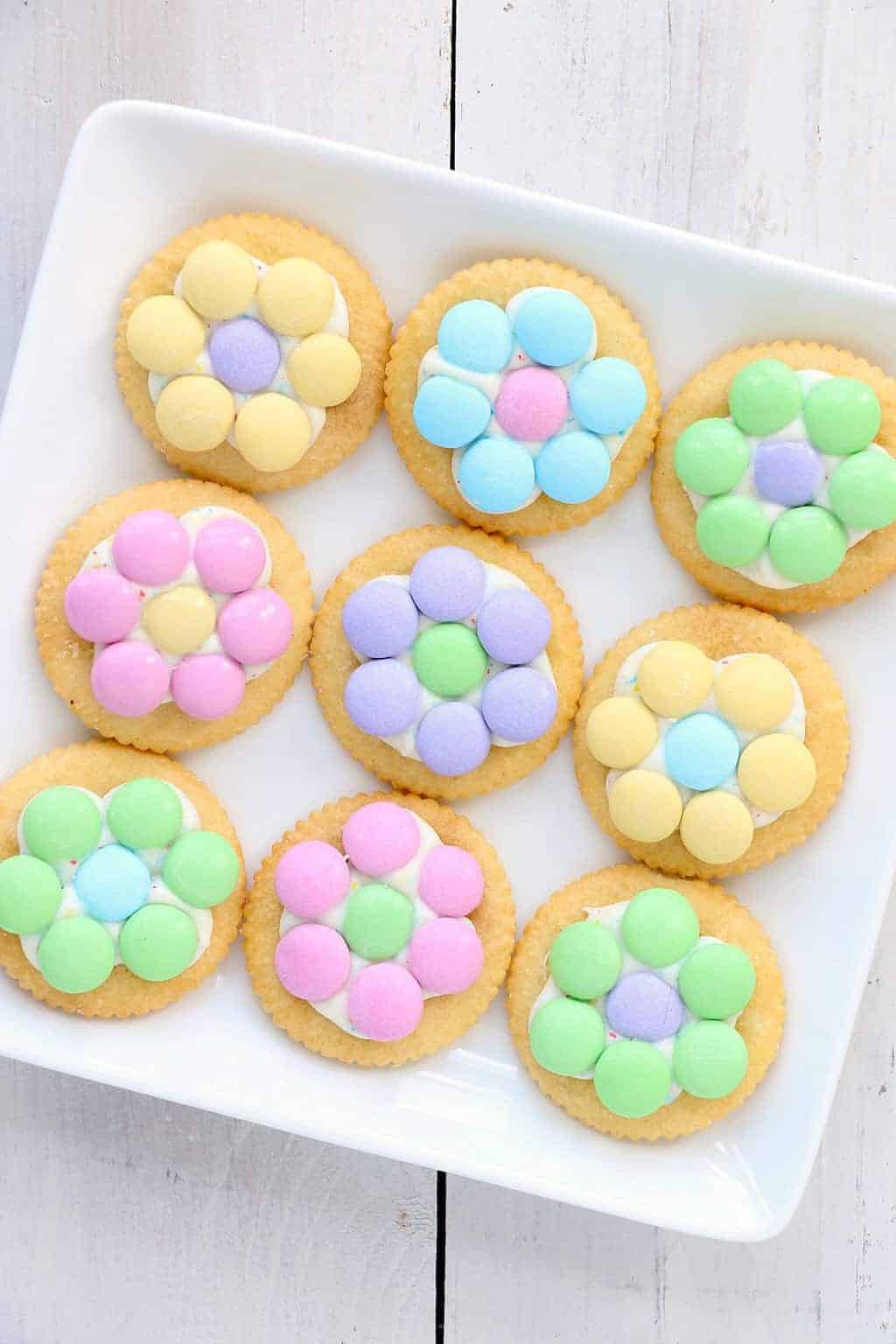 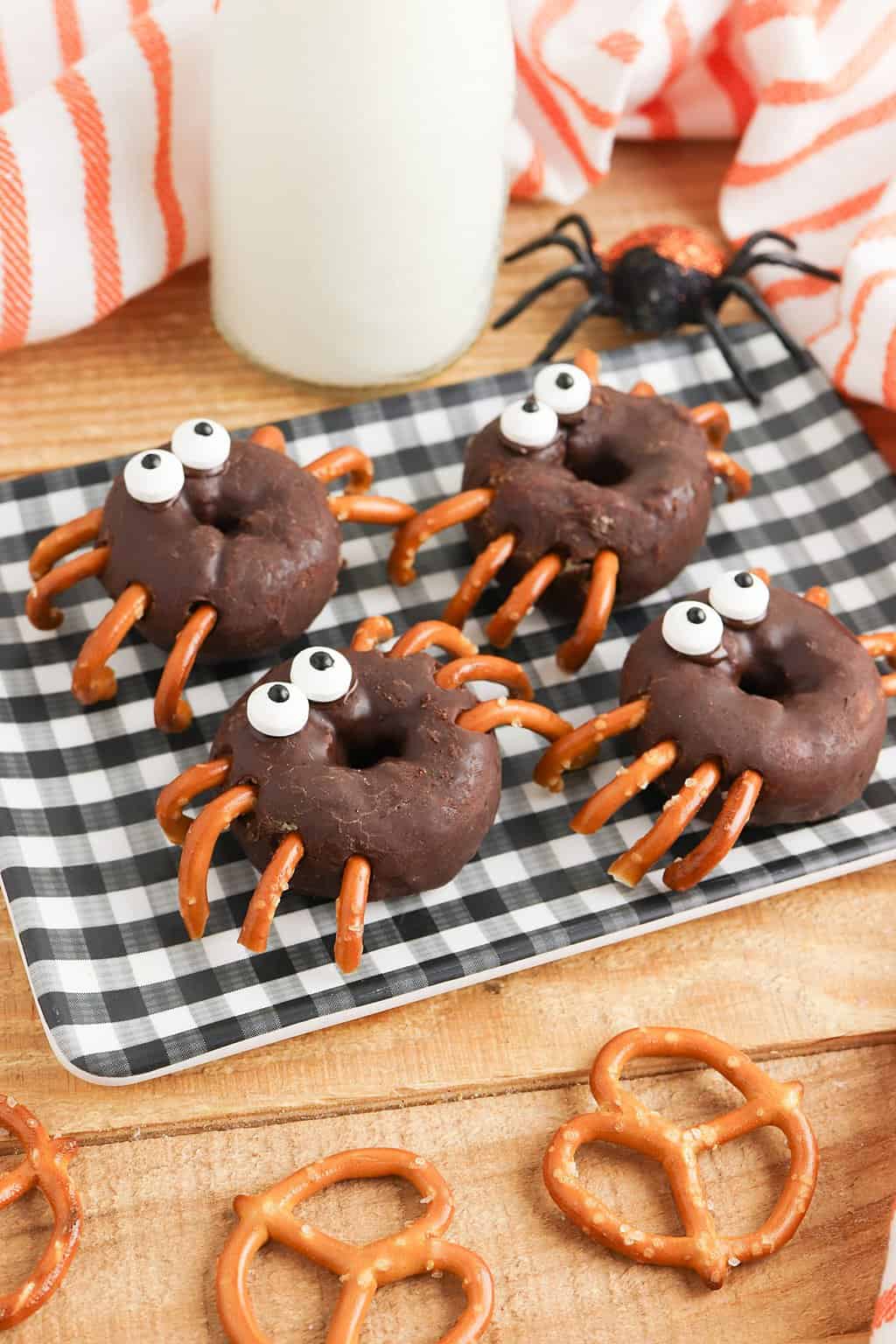 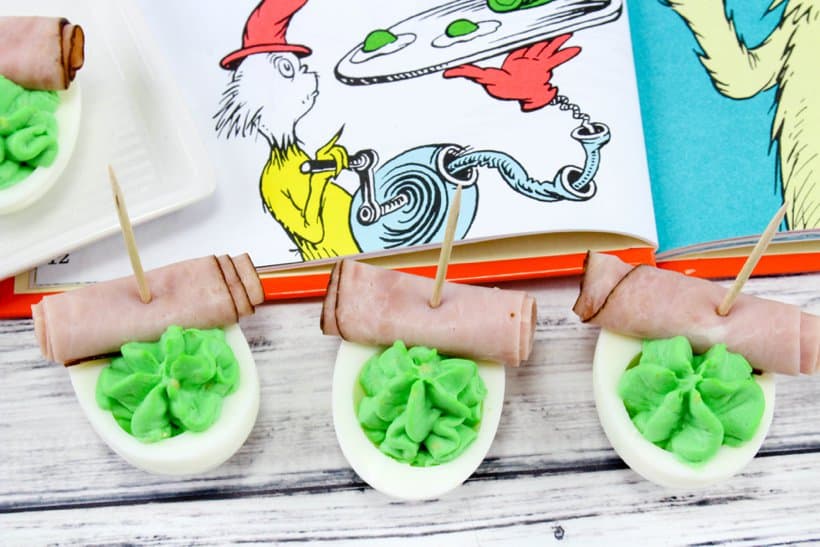